Writing to change the world for women 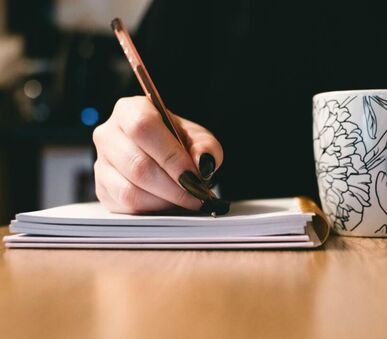 On countless occasions over the centuries, influential women have changed the face of feminism. This includes many female writers who have influenced feminism through their novels by bringing to light the brutal realities that women have had to deal with over the years. These female authors should be brought to popular attention and celebrated more for their efforts in creating equality today.

The most significant work of the early feminist movement was Mary Wollstonecraft’s Vindication of the rights of woman. Published in 1792, this was a trailblazing piece of feminist work for its time. Wollstonecraft argued that the educational system was deliberately training women to be frivolous and incapable; she discusses gender roles and stereotypes surrounding what women should do in the home. She brings to the fore the real experiences of women, which at the time were rarely discussed and considered taboo. Wollstonecraft’s book was a groundbreaking piece of writing that still resonates in feminism and the human rights movement of today. Looking at the world around her, where women were demeaned and oppressed, she had a powerful argument to deliver: "Strengthen the female mind by enlarging it, and there will be an end to blind obedience."


Another writer who helped to shape feminism is Jane Austen. Through her work, Austen examined the role of women in the early 1800s as well as their dependence on marriage to help them survive. Jane Austen’s novels Sense and Sensibility and Pride and Prejudice both conveyed the message that women are not inferior to men and as such should have the same rights and opportunities as men.

The Brontë sisters had a huge impact on literature and feminism. Charlotte Brontë pointed out the unfairness of Victorian society where men came first and were the master of their wives. In her novel ‘Jane Eyre’, Brontë shows Jane as a victim and turns her into a heroine, consequently Jane Eyre is frequently cited as one of the earliest major feminist novels. Jane's famous lines make a powerful case for equality:
"Women are supposed to be very calm generally: but women feel just as men feel; they need exercise for their faculties, and a field for their efforts, as much as their brothers do; they suffer from too rigid a restraint, to absolute a stagnation, precisely as men would suffer; and it is narrow-minded in their more privileged fellow-creatures to say that they ought to confine themselves to making puddings and knitting stockings, to playing on the piano and embroidering bags. It is thoughtless to condemn them, or laugh at them, if they seek to do more or learn more than custom has pronounced necessary for their sex."
Charlotte and her two sisters Anne and Emily experienced inequality when writing. In order to be published they had to choose male pseudonyms: Currer, Acton and Ellis. Even when their true identities were revealed, people believed that their brother Branwell Brontë wrote their books for them. This was because in society, at the time, writing was seen as a ‘man’s profession’ and as such there was much scepticism about the validity of these three incredible female authors.

At the turn of the 20th century, Kate Chopin emerged as one of the earliest American feminist and modernist writers. Chopin was ‘a woman who took women extremely seriously’ and her novel ‘The Awakening’ was highly controversial, pointing out how women need to have a soul and fight for equality. At the time, this was an incredibly progressive thing to say and encouraged many women.
Another highly significant female writer of the early 20th century was Virginia Woolf.  Woolf wrote about the harmful consequences caused by the gender pay gap a long time before the changes to the law. Woolf also wrote ‘A Room of One’s Own’; a striking argument about women needing financial freedom so that they could control their own lives and have the space to be creative. ‘A Room of One’s Own’ was crucial to the feminist movement and it encouraged women to make their living through writing. Woolf was a pioneer of the early 20th Century feminist movement and she helped to increase the self-confidence of many women and free women from the prejudice they had to face.

The last influential feminist writer I’m going to talk about is Alice Walker. Alice Walker was the first African American to win the Pulitzer Prize for fiction – which, in itself, shows a lot about prejudice considering she won the prize in 1983. Walker brought to light the questions of sexual abuse and violence in the black community and her novel The Color Purple sparked considerable controversy as black men felt it reinforced animalistic and cruel stereotypes about black masculinity. Alice Walker describes herself as a ‘womanist’ rather than a feminist ; a womanist fights for equality throughout race, gender and class and her novel reflects the unfairness and obvious problems in the community at that time.