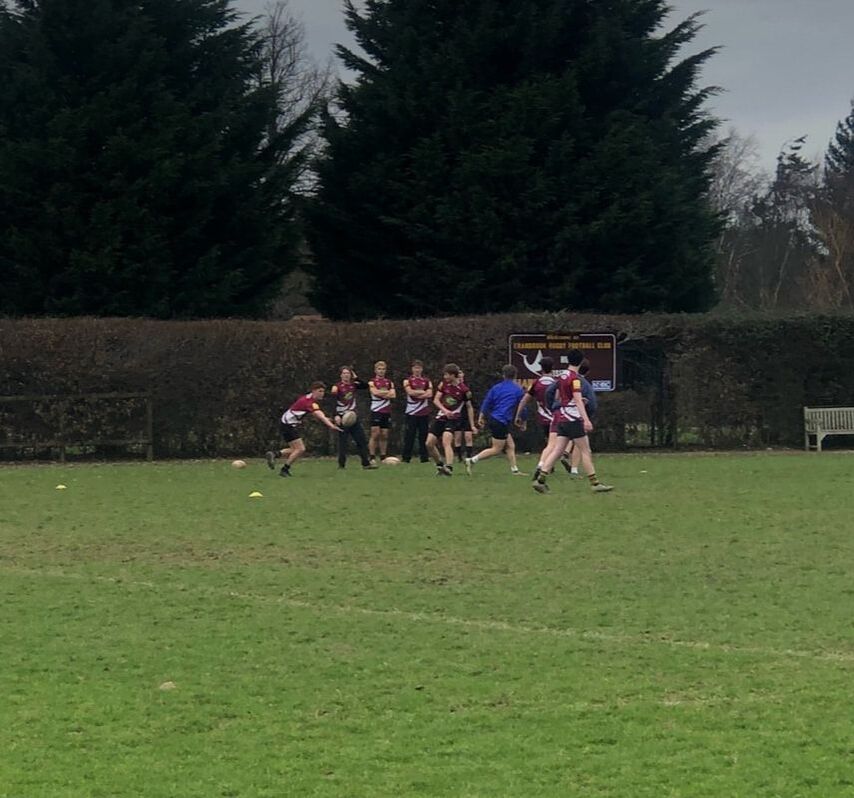 Saskia Simpson provides an insight into the history of rugby - speaking to two players to find out more about their experiences of the game.

Rugby is an incredibly popular sport that originated in England in the first half of the nineteenth century. Since then, many people from all over the world have participated in the game, playing matches both for fun and at a professional level. I interviewed two rugby players to find out more: William Heard, a current Year 12 pupil at Heathfield who plays for Cranbrook Rugby Club and Henry Heard, a Heathfield Alumnus who plays for UEA Rugby Club.

Both William and Henry have different experiences of rugby, equally brilliant, but it was interesting to talk to them and find out more about the culture around the sport. From an outsider's perspective, it doesn’t look like the friendliest of sports! Rugby is often stereotyped as a violent and dangerous sport but from talking to the players it's clear to see that everyone takes good care of each other.

“It’s great fun," William said, "and you feel a real sense of duty to the team. I’d never let down the team and we always train every Sunday together. I’ve not yet felt unsafe as we are taught how to play and it’s great for the mind and body - getting out in the fresh air.”
Henry agreed with William “I have never felt unsafe. You always have the safety of your teammates behind you”. He loves rugby because he “enjoys the comradeship.”

Pre-game talks from captains are a big factor in how well the players will perform; a good pep-talk increases the motivation and morale of the team. William talked about his mindset before a game and what he wants to achieve each time he plays - he explained that he aims to have a better performance than the last time he played and strives to win every game.

Before a live match begins,  the sense of unity and comradeship in a rugby stadium is incredible. The enthusiastic crowd singing ‘Swing Low Sweet Chariot’ and the rugby players' sons coming out onto the field to support their fathers before they start always creates an amazing atmosphere. The history behind this goes back to 1987 when Chris Oti, a Black rugby player, first sung this African American song at Twickenham when he scored a try.

Some of the key differences between being on a university team rather than a local club lay in some of the unofficial rituals, according to Henry. "It was nothing official, but I was once walked down to the park, made to stand in a line and down a pint. The favourites were picked by the non-freshers who then each took in the fresher as their ‘son’ and they got to choose their freshers' outfit for the evening.” Henry got a hospital gown.

Part of what builds the team spirit is the way the club bonds together. William described the match teas after a game: these include a dinner for all the rugby players and drinks for the parents. "It boosts the morale of the team and it’s great fun eating with your teammates and discussing what a great game we just played.”