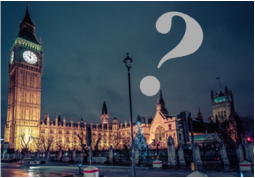 How would you feel, if a large group of foreign strangers were debating whether you might live or die?
That's the unthinkable situation that innocent and terrified Syrians were faced with not too long ago. Already, they were contending on a daily basis with violent militants and repressive state violence, coupled with fighter jets sent by France, America and Russia. Now we too are joining in mass murder. Yes, we are among those committing murder.

Murder, according to the Oxford Dictionary is:
"The unlawful and premeditated killing of one human being by another." – The killing of innocents is unlawful, correct? We are all well aware that civilian casualties would be a cost of our actions, correct? Citizens are dying or being displaced as a result of bombing, correct? Does this not clearly define our intervention in Syria as murder?

What our government is too blind to notice is that we are obvious hypocrites. Isis (Daesh) are disgraceful, brutal murderers who indeed must be stopped and deserve punishing, and how do we go about punishing them for murder? Commit murder ourselves. Oh the irony. And how will Isis retaliate? Murder. And how will we react? Murder. That's the inevitable path that risks leading to an endless cycle of killing if it continues to escalate at this rate. Foolish and irresponsible decisions by our government will result in British civilian casualties. We should know by now, after years of experience, that violence breeds only violence.
We cannot blame Cameron for taking some form of action. Taken simplistically, his argument was to kill or be killed. However, he refuses to accept any other solution other than bombing. It seems that the only available answer out there is "bomb”, which is completely false. Bombing isn't the only way we can exterminate Daesh (Isis) and its influences.

What is needed is solidarity and unity in the rest of the world – something that bombing will not achieve. Educating hearts and minds is essential if we are to have peace in the future – turning young people away from murderous ideologies must be the priority. How can bombing make this happen? The destructive results of bombing campaigns are precisely what Daesh uses to convince new recruits.  Bombs can only make the situation worse.

Take the war in Iraq, waged over their supposed nuclear weapons, which the world found out was just false. Of course, we said sorry. Sorry for the hundreds and thousands of deaths, chaos and oblivion we caused. I'm sorry but sorry wasn't, still isn't and will never be enough. No wonder there are those who would argue that we are the terrorists. Of course, many people would claim that this is "unreasonable", since all of our acts of bombing are justified. They are not. Just because he wears a smart suit, and calls himself the Prime Minister doesn't make us his actions any less terrorising to those on the ground in Syria.

The infamous and brutal Al Qaeda attacks back in 2001 caused more than 3,000 deaths. The retaliation attacks on Iraq for the non-existent nuclear weaponry that they supposedly had, cost over 500,000 innocent Iraqi lives and still counting. Just let that sink in for a moment. Over 500,000 lives that we and other countries have caused, and yet we paint ourselves as justified heroes and heroines in this war. Heroes who kill to get their own way - this is what we should call ourselves.

So go ahead, as no doubt some of you will, and as the press does every time any left-winger calls for a peaceful solution - call me a sympathiser of terrorists for my words. I am not. I am not a killer nor do I sympathise with killers and that is evident. I sympathise with the families and friends that were caught up in no-man's land in this brutal battle between Daesh and the western powers. Families who have lost mothers, fathers, siblings, friends, family, their homes. Families who are still being denied refuge by many countries. Why? Because we're "full". Maybe one day, if tables were turned, and we were being denied a safe home from terror, that's when we would finally understand what that refusal must feel like.
​
Think about it. Is bombing going to bring us any good? Or is it going to make our future families look at us in shame for our actions? Or even worse, cause a war that prevents their existence in the world. Violence only breeds violence. Suited terrorists with bombs are waging war with Jihadist terrorists who use suicide bombs and knives. This isn’t solving anything. Bombs can never create bonds and only bonds between us can produce a lasting peace.