Losing the internet: a tear in the very fabric of society? 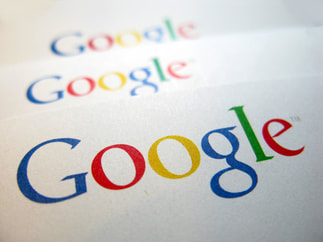 A recent study suggests that if you don’t know what Kylie Jenner has had for breakfast, there’s a 99.9% chance you will forget how to breathe.

Your phones, your tablets, your iPads, your smart watches, your fancy fridges from John Lewis - they all are united by one holy, binding force: they have WiFi. A spiritual messenger that guides you with heavenly power through every half second of the day. Her knowledge is as infinite and as boundless as the universe. Don’t know whether goldfish can survive in milk or not? Is Africa a country? Need to urgently know whether your Aunt Meredith, whom you haven’t seen for the last seven years, got a refund on the hairdryer she bought from Amazon? The internet has you covered.

As our solar system orbits around the sun, we orbit around our love of telling the interwoven virtual sphere about the precise length of toilet paper we prefer to use - not to mention whether we scrunch fold - and whether we think Boris Johnson is just a stupid bloke with stupid hair or actually a decent fellow. The internet is a realm of omnipresent light and wonder: within in it is the endless turbulent ocean of Brexit tweets. The bright sky of Instagram illuminated with the cotton clouds of self-indulgent, nauseating, duck faced selfies, captioned with the feeble deterrent from blatant vanity: ‘mains chose’. The arid deserts of Facebook, grasped by the talons of your middle aged relatives, are plagued with humourless memes uncovered from the depths of 2012. The deep forests of Snapchat are riddled with entanglements of your acquaintances filming the entirety of their life, and exhibiting their woeful emotional state with the words ‘you broke my heart *crying emoji* nr’ against a picture of their thumb pressed up against their camera.

Face it. Without the internet you’re nothing: a fleck of dirt, a microscopic molecule, a single celled organism. But with it? You’ve got a G-Wagon, a teeth whitening sponsorship and your own gluten-free cookbook.

If it all breaks down, I simply shudder to think of the horrendous effect it will have on our present world. The streets will lay barren; everything will erupt in complete anarchy. Domino’s will become obsolete, with no internet to order pizza, and we’ll starve to death - if our insanity doesn’t kill us first. We will all become reclusive worms, never getting out of bed because our phone alarms haven’t woken us yet, and incessantly mumbling to ourselves about the type of moisturiser we use (there’s no other means of a status update). We’ll be reduced to craving a thirty second glimpse of that ‘Top 10 Rare Two-Headed Animals’ video. It’s a horrific thing to imagine. It’s hard to even begin to comprehend the world before the internet existed. Henry VIII had no way of updating his relationship status, and it’s highly likely that the death of three of his six wives is directly correlated to the absence of Facebook.

Bradley, 36 from Sheffield, is a brave survivor of what is known in the medical world as ‘not knowing the WiFi password’. He revealed the shocking implications of this harrowing disease, commenting: ‘It all started when I was at Starbucks. It’s hard to go back to that moment… but I actually had to make eye contact with the barista and - ask him.’ These are the only words he was able to articulate before he broke down, sobbing. Bradley’s mother, who lets him live in her attic, says that every week his sheets must be washed after he wets the bed, having had another one of his nightmares about the ordeal.

So now you have been warned. Thinking about that ‘internet detox’? Just don’t do it. Ever. You won’t survive.

Create your own unique website with customizable templates.
Photo used under Creative Commons from frankieleon
UA-121891675-1