Grammar schools: helping the minority or holding back the majority? 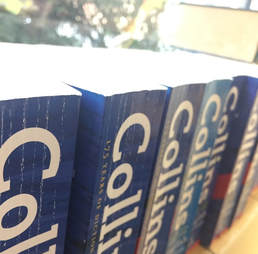 Photo by Emily Thompson
Grammar schools are a controversial topic: many people believe that they fulfil the needs of higher-achieving students in a way that non-selective schools cannot, while others argue that they restrict social mobility, especially as they are almost exclusively attended by students with privileged backgrounds. Emily Thompson and Callum Caldwell discuss the both the potential they hold and their limitations.

​
The common belief about grammar schools – also referred to as ‘selective’ schools – is that their quality of teaching is better and that this is why they tend to show higher results at GCSE level; they routinely top the league tables for achievement. Arguably though, success requires a more complicated measure than just grades. For instance, is it better for a school to have one hundred percent A*-C, or for a school’s pupils to make the greatest progress?
People struggle to look past the league tables and towards what is potentially more important. But how impressive is it really to maintain a students’ above-average ability when, upon arriving at a grammar school doorstep, the child is already perceived to be exceptional? We cannot assume, were an average student entered, that they would receive the above average results commonly achieved by grammar students nor indeed that such an experience would have positive effects at all.

In counties such as Kent, an Eleven Plus exam is taken to determine the academic worth of a child at the age of eleven. Those who are deemed more academically able are then granted a place in a grammar school, while those who struggle with exams or academic thinking – or who simply didn’t perform on the day – are placed in the local secondary modern.

By segregating the students into groups based on academic ability alone without regard to other factors, there is a risk that students develop a sense of self-worth relative to others, based purely on a single school test: secondary modern students may see themselves as failures, while those that attend grammar school may perceive themselves to be superior.

This is the detrimental decision counties make when they decide to open grammar schools, though the damage is not contained to the children of their county. When asked whether comprehensive students are beneath him, a life-long grammar school attendee replied, “the stereotype says you are”, before following it up with “depending on how much lower the school is than another, that’s how much lower you are perceived to be”.

This grammar school student, who asked not to be identified, evidently believed himself to be above others, merely because of the institution he attended. Is it possible that such students have been conditioned to believe that those who make the decision not to travel across counties every day are inferior? There are thousands of students who have never taken the Eleven Plus. They may have never possessed an interest in attending a grammar school. That is not to say that they are academically incapable or academically inferior. On the contrary, there are many students attending comprehensives who would not struggle at all in a grammar school environment and who perform as well – and indeed better – than those attending selective schools.

Will Tweedy, a student previously attending a comprehensive but now attending a grammar school, described the greatest differences between the two secondary schools: “The main difference is the mentality of the students. People expect you to want to work.” This view opposes the common assumption that it is the teachers that make such a difference to the results of grammar schools. Will confirmed this himself, claiming: “To be honest the teaching is probably better at [the comprehensive]. At [the grammar school], it’s very textbook stuff.”

According to a school comparison on Gov.uk, the progress score of the comprehensive was 0.5, an above average score, especially when compared to the progress made by the grammar school in the neighbouring county, which was only 0.11. So, despite grammar schools across the country having a 5+ A*-C rate of 99.1%, their progress is often nowhere near as impressive because they are gifted the students’ academic ability from the off-set. Comprehensives, however, work with students to achieve success that is personal to the pupil, whether that be an A*, B or C.
​
Unlike grammar schools, the success of comprehensives does not reflect only natural ability. The success of comprehensives is reliant on the quality of teaching and hard work of the students that leads to an extent of progress that is not found in grammar schools.


A school by any other name...
There is always controversy surrounding education. American gun shootings in schools. Exam board mistakes. Cheating at the highest level amongst schools. For the millions of young people currently enrolled in education, the experiences are all unique. Some love it; some hate it; some have devoted and even risked their lives to allowing an education free to all members of society. “One Child, One Teacher, One Pen, One Book can change the world”. This quote is from Malala Yousafzai, a girl who was almost martyred by the Taliban for her views on the education of women.

One of the perennial debates surrounding British education is the kind of school parents choose for their children. Is it right that only a chosen few deserve to go to ‘elite’ schools due to money, intelligence - or both? What do these fee-paying or selective schools have to offer?

First: private schools. Many of those with less knowledge on this matter will be quick to assume that independently-run schools are the bane of the nation’s education sector. This is, quite simply, not true. If one is economically strong enough to pay for an education, should it not be their duty to do so and take pressure off of the public system already stretched to breaking point? The use of private education in this manner is beneficial to the nation’s education system as, nowadays, many state schools are oversubscribed. Much of the reason for this – aside from austerity measures introduced by the government – is that those who are able to pay for an education are not, and are utilising a system that cannot cater for them. Simultaneously, it is worth noting that the quality of teaching between private and state schools is mostly similar; the only real differences exist in the manner of school funding and the subsequent facilities available.

It is no secret that private schools have more funding than state schools. For one thing, they charge for students to enrol. The average price of day school fees is £13,194 per year. Considering an average class size of 18, this results in each class, per year, being worth on average £237,492. A large percentage of this goes towards paying the salary of the school’s staff, whilst the rest goes toward facilities and other expenses. Of course, some private schools organise charitable events, but these have a limited effect on the school’s income. Furthermore, alumni are likely to leave the school an inheritance, particularly if they found their education at the school particularly enjoyable and beneficial. State schools do not charge for the education they offer and rarely receive donations from alumni.

Second: grammar schools. Whilst not viewed with the same social stigma as many private schools are, they are by no means viewed with amicability. Similar to private schools, they are viewed as elite, though in a different sense: intelligence rather than monetary. Grammar schools do, similar to state schools, receive their funding directly from the council and do not charge for the enrolment of students. That is where the similarities largely end. Grammar schools obtain their students through a system of examinations based on their academic prowess – the popular term for these examinations is the ‘Eleven Plus’. The fact that students have to ‘fight’ their way into the school shows an intrinsic motivation that is, generally, echoed by the student body. This makes the students ideal. They are willing to work hard and do well for no better reason that to succeed. They do not need the extrinsic motivation of money or fame; all they need is the desire to succeed. This is what they tend to have.
This arguably makes the students much easier to teach. It also makes the results of grammar schools that much higher as students are both innately intelligent and driven to succeed.
However, as a result of this expectation, there is an arguably negligent attitude from some of the teachers. The expectation is that they will work for themselves. They are also expected to do well, simply because they are at a grammar school. This negligence can end up with students performing to a standard that – while it might look high at a glance - is not befitting of their actual ability.

One ex-grammar student, Morgan Anniss, now taking his A-Levels at a comprehensive in Cornwall, said “They [grammar schools] heap on so much pressure on students, causing them to buckle and underperform. As a student, if you are wanting to achieve, you can genuinely do so at any school you attend; you just need to put in the work”.

The standard of teaching is often the same between the three; indeed value-added measures – which look at how much progress students make regardless of their ability - suggest that the best teaching may found in parts of the state sector; the only prominent difference is the funding that the school gets. As Morgan said, it doesn’t matter where you go, just that you try.