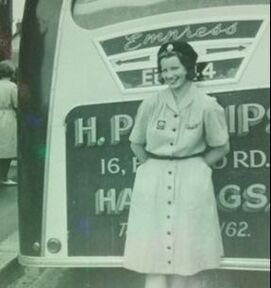 ​How has Guiding changed over the years and what was it like to be a Girl Guiding leader? Isabel Sheppard interviewed her grandma to find out more.

As a member of the Guiding community, I know exactly how much fun we have. But I didn’t know anything about what it was like leading and organising a Girl-Guiding group, so I talked to my grandma to find out more about her experiences with being a Guide leader.

My grandma was a Guide for a long time, even before she started leading. She started small – taking the Brownies out for trips as a Guide as well as supporting and participating in local events and fundraisers. At the 75th anniversary of Guiding, she marched at Crystal Palace in the hail and snow as a flag bearer – someone who carried the flag and represented the unit .
She was also a Ranger. There were 3 types of Rangers: Land, Sea and Air; she became a Land Ranger as there were no Sea or Air units in Hastings. Her next big step was being a first aider for a different unit whilst they were camping. It was a big responsibility but also a lot of fun. 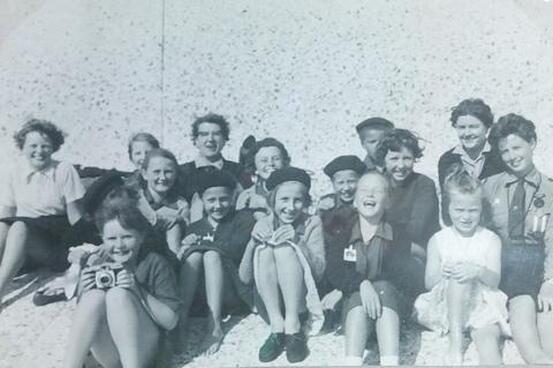 Eventually she went on to run the Ranger unit. My grandma would let them decide which events to take part in and what they wanted to do for each one. They were in the papers after a carnival and dressed up for World Thinking Day each year.

World Thinking Day is when units stop and think about all the other units in the country and across the globe; the Guiding community completes lots of activities and it is still celebrated every year. My grandma also ran a sub-camp at Olave, an international camp where lots of different communities come to one country to make new friends, reunite with old ones and have fun. 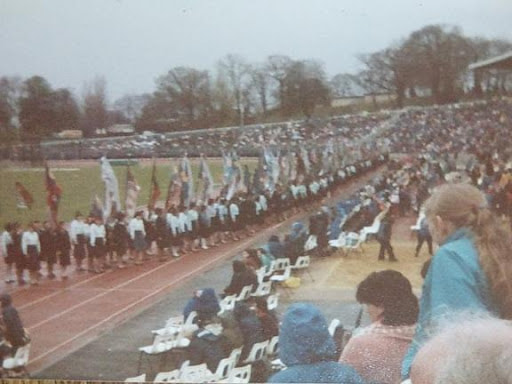 She also went on lots of camps which were loads of fun. However, the camps required hard work. In order to get there they sometimes had to travel in the back of a truck which is not allowed anymore because of health and safety, though it sounds quite fun! If you have ever been camping, you might know that new tents have built in ground sheets to keep everything dry. Old canvas tents didn't have that luxury, so each time they went to a camp they would have to build to keep everything off the ground – they even had to build washing up stations for the plates and cups!

As a last note, don't forget that all of this was volunteering!
​
Isabel Sheppard, Year 9
​
Powered by