An unhealthy obsession with violence 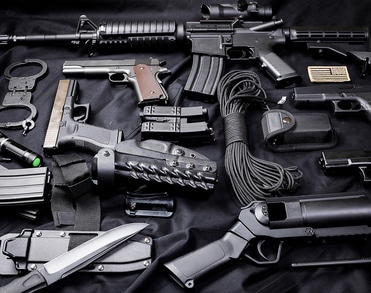 We can all agree 2016 was an “eventful” year to say the least.
With chaos both sides of the Atlantic, it was impossible to turn on your TV, tune into your radio or scroll through social media without being bombarded with the latest brutality. And so it was this acrimony of the tabloids that made me wonder: is the media obsessed with violent hate crime?

With stories of violence and terrorist attacks monopolising our newspapers, is the constant exposure to barbaric, outrageous behaviour starting to have a negative impact on our minds? Well known, respected broadcasters and newspapers are finding that violence and crime are practically robbing other stories. For example, even The Guardian, an openly very liberal-minded well-respected broadsheet, has reported on 11 acts of crime in just one week. Just scrolling through headlines on their website you will find yourself virtually assaulted with cataclysmic headlines, such as “Rapper sentenced to 23 years after raping and torturing a woman” or the “rise of murder and knife offences”. Doesn’t this show how the media are obsessed with crime?  A recent scientific survey from ShoutOut UK reveals that, on average, newspapers devote 30% of their paper to violent crime and yet the percentage of people it affects on a daily basis is tiny. The media shows us that the world seems to be falling apart but, although it may seem like it, it really is not; tabloids have drilled pessimism and fear into our minds, and subsequently, society has become brainwashed.

As broadcasters like the BBC are supposed to be one of our most fundamental British organisations, why are they exposing us to such violent stories? I thought BBC stood for British Broadcasting Corporation, not Brutal Blood-bath Compilation. Admittedly, yes, tabloids and broadcasters want to get publicity and ultimately make money, however, I personally find the demon of the 10 O’clock news just too morbid to watch, and think some of the stories are just unnecessary.  Research into tabloids shows that, for an article to be published, it has to follow strict criteria: these are called “news values”- in essence, will people want to read it? So, does the media’s obsession with such brutality reflect the macabre nature of human beings? Does this mean that as citizens, we are all blood-thirsty maniacs who thrive off hearing these stories? Political scientist Shana Gadarian wrote in The Washington Post, “Terrorism is newsworthy because it is inherently dramatic and threatening”. As a result, for anyone who actually seeks a sense of optimism in the headlines, you may find yourself resorting to something like Russell Howard’s Good News. I find that embarrassing. If the headlines were just less violent and pessimistic, I honestly believe that society would change. Would it be out of place to hear headlines such as: “200 strangers attend the funeral of a homeless WW2 veteran” or “footballer pays for fan’s chemotherapy”? Changing our headlines may ultimately make society a happier place.

The impact of the concurrent headlines of plane crashes, terrorist attacks, beheadings, human rights breaches and war have subtle yet devastating impacts on our brains.  Dr Graham Davey (specialises in the physiological effect of the media violence) reports that negative news can change an individual’s mood; furthermore, there is a direct correlation between the consumption of media and the fear of crime. This shows that people are actually getting scared and getting afraid when they are watching the news; hearing these stories can only have a negative impact on viewers. This could reach an extreme where people become violent themselves – or stay indoors too afraid to go onto the streets. With no age restriction on watching the news, anyone of any age could be exposing themselves to the monstrosities of contemporary bulletins.

In conclusion, broadcasters need to find the right balance between positive and negative articles in their respective publications. Small crime stories are not representative of what happens in the country on a daily basis, where millions of decent people go blamelessly about their lives and treat others with humanity and respect. I would suggest that large broadcasters like the BBC could try to show this, and perhaps once a week could have a day or a channel devoted to optimism and positive news stories. This undoubtedly would reflect well on society, therefore dispersing a positive effect into our communities. And so, if we could include just a bit more positivity in our news, maybe the world would be a happier place.