Over one hundred years has passed and exceptional progress has been made. With the discovery of habitable planets, human kind has won the right to enjoy themselves day and night, with no need to work or even get out of bed if they do not wish. Yet none can be truly happy on the disintergrating rock that Earth has become. Who, though, is worthy of leaving? That can only be decided by the test. ​
​ 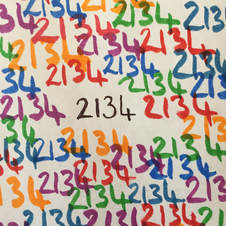 They herded us into another warehouse. This one was hotter though, as if a July sun had pressed itself against the metal walls, its aim being to burn those within until nothing but ash remained. We lined up like cows ready for milking; there must have been an order from somewhere. I’m not sure who gave the orders – I never heard one – but an instruction must have been given by some invisible authority because there we stood, our backs against one another, the blanket of suspense pulled over our eyes.

“You know why you are here,” said a single metallic voice from each corner of the room. “Thirty-six of you will be gifted the opportunity of a life time. You will be transported to the twin planets, out salvation, Alex and Alexis. Congratulations - ” they never say who we are being congratulated by “- to those of you who are being saved. You deserve it. Now.” At this point, there was a hesitation, as if the speaker was waiting for the results to come in. The pause was purely for drama; the results were instantaneous. The speaker already knew who was bound for freedom.

“Poppy Ambrose,” called the voice. None but one reacted – at least not externally. Hopes were wound high like clockwork that would only be let go when every one of the thirty six names had been called. There was but one sound that echoed through the hall. A high squeal, like the sound you would expect if a rabbit was hugged with just a pascal too much pressure. But it cracked the silence like a pickaxe through ice and several thousand faces turned to see. My vision was obscured by protruding elbows and arms, but I could just about make out the fallen figure of a girl several feet away. Her hair was a strawberry blonde, the artificial light of the overhanging lamps reflecting off the pinkish yellow.

The voice gave us only five seconds to appreciate the gift that had been bestowed upon this girl before calling the next name. Name after name was called and, with every uttered syllable, the hope of the crowd dwindled. I knew it would not be me. I had known from the very start. And yet, I could not help the slow tearing of my heart as escape became less and less likely.

“Roman George,” whined the metallic voice. As I said: it would be him, a member of the Valued. It would never be us. I didn’t even turn to look, even as I felt the tugging of the room, urging me to look at this golden example of what it means to be a member of society. Another five seconds passed.

Me? Julian Williams. That was me. The silence was once more broken but this time it was not by a single person. Several hundred breaths were sucked it through pursed lips and ten times that amount turned their heads to gape at me. I shared their surprise and I knew they knew it. Tilting my chin up against the waves of jealousy rolling towards me, I took a step forward and then another, making my way to the front of the room where the rest of the Gifted waited.

My cumbersome frame and scruffy hair seemed so out of place against their straight-backed posture and neat hair; all of the girls had it tied back and a tall redhead, one of the Valued, had even taken the time to select an opal blue dress that appeared to be made of a clinging velvet that revealed her conventionally attractive figure. I did not belong with these people.

And yet here I was, being herded through a doorway with the rest of them.