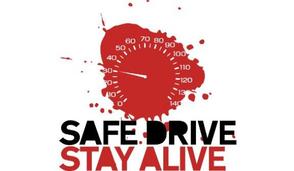 This autumn, thousands of young people across East Sussex and Brighton and Hove were forced to consider the gruelling consequences of irresponsible driving. Presentations for new drivers were run across the county by Safe Drive Stay Alive, a nationally run campaign which partnered up with the local emergency services and police forces in an effort to reduce the number of collisions involving young drivers. Shows were run throughout November, in a variety of towns including Brighton, Hastings, Eastbourne and Uckfield.

Last year, over 1000 people were killed or seriously injured on the roads of Sussex. Almost one fifth of these, according to the Sussex Safer Roads Partnership, were young people aged between 16 and 24. This is a disturbing figure which represents a wider problem faced throughout the country: young drivers make up a disproportionate number of road-users involved in accidents, the effects of which can be devastating.

Presentations included talks from paramedics, along with representatives from the fire service and police - including family liaison officers. Each told their stories, many of which were incredibly moving and reflected the destruction one mistake on the road can cause. The speakers reached out to many listening, including Abs Epstein. “The Safe Drive Stay Alive talk certainly hit hard for me. Having real people with relatable situations and genuine tragic experiences with car accidents talk and share their stories with us really emphasised just how important it is not to take risks when driving.”

The show focused on persuading people to avoid what are known as the ‘Fatal Four’: speeding, driving while under the influence of alcohol or drugs, driving while using your mobile phone, and not wearing a seatbelt correctly; whether a passenger or a driver. These are the main factors which contribute to fatalities linked to car crashes - and all of them are easily avoided. It is hoped that new drivers attending will have taken away the importance of having a cautious attitude towards driving, and be aware of the dangers of carelessness in vehicles.

Safe Drive Stay Alive has been running for 12 years, and since its beginning has become overwhelmingly popular with schools and colleges. It has reached many young people in its attempts to prevent the many needless deaths that occur on the roads, and it is work like this which is undoubtedly invaluable to local communities.

Further information on road safety for young people can be found on the Safe Drive Stay Alive website, as well as the East Sussex Fire and Rescue Service website.