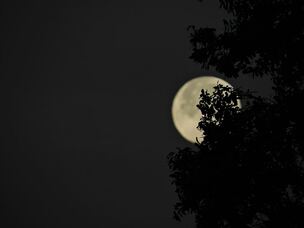 Myths make up the cultural backbone of societies everywhere. From deeply held religious beliefs to stories told to children before bed about fairies and goblins, there’s something enduring about stories of the secret civilisations, tales of the untouchable, and whispers of the otherworldly.

Even close to home, the rolling hills of Sussex hold secrets of time-worn stories. The chalk figures, an iconic symbol of where we live, may once have been representations of the Ancient Britons’ belief that giants roamed the British Isles long before humans. The Long Man of Wilmington may have originated before even 400 AD, as Roman coins bear a similar figure, and although we know of beliefs in giants, the origins of the Long Man are still shrouded in mystery. We may never know why he was originally etched into the hills but he’s a remnant of century-old myths and legends.


The stories that we tell our children before they sleep are often ones of fairies. They’ve been ‘Disneyfied’ today, but the original fairies were tricky and dangerous. We find glimpses of this portrayal in Peter Pan’s Tinkerbell, who tried to kill Wendy and was jealous and spiteful. According to common belief, they stole children, leaving changelings in their places, and though they were unable to lie, they were skilled manipulators of language and avoided telling the truth. They had power over names: to give your name to one was akin to attaching yourself to strings and becoming their puppet, giving them tremendous power over you.

Fairies, whilst present in local myths and immortalised in Kipling’s ‘Rewards and Fairies’, were most conspicuous in Irish mythology, where they held a sway over most people up into the Victorian age, which we associate with the theory of evolution and scientific progress. There’s a liminality to the fairies - they seem to exist between worlds. They have supernatural powers, yet are not creatures of heaven or hell. Despite being so enshrined in folklore, they were something to be mainly avoided. Wise woman were often thought to have been ‘touched’ by the fairies and so could be an object of some fear and suspicion. That is, until the local people needed her medical skills, or to mediate between them and the faeries.

As recently as the 19th century, people in Ireland believed in fairies coming and taking their healthy child, leaving a weak faerie child in its place. The ways to get rid of the changeling and regain the human child were varied but included trying to drown it and feeding it foxglove. Some children died from these methods. It’s thought that perhaps these children had autism or some form of cerebral palsy, which might not be noticed during their younger years but would become more evident as the child grew. Early societies had no knowledge of such things, so they came up with the idea of changelings, and killed innocent children in a misguided attempt to take back the ‘healthy’ child they believed they once had.

Perhaps the most enduring myths, the ones which still capture our attention today, are ghost stories. There’s something about the darkness and loneliness of night which leaves people, even those who see themselves as the most scientific individuals, afraid to move their foot out of the covers. And we have many stories of ghosts in our locality, hailing from a breadth of time centuries wide. Dover Castle, in Kent, is told to have the ghost of a drummer boy, decapitated during a mission, who is said to still march round the battlements.

That idea of people from times before us, stuck here, present but unreachable, captures us - even those who’d say they were the sensible sort who didn’t believe in what couldn’t be seen. Perhaps it’s the lure of access to people who we’ve lost, or the human need to understand what comes after death. Whatever the reason, ghosts endure in our folklore - and certainly line the pockets of the custodians of our castles!

Other times, myths are a way to preserve history. Ghost stories of smugglers in Hastings serve to teach schoolchildren about the illicit past of the town, and perhaps even serve a moral message by scaring them a little. Through ghosts, we feel a little as if we can touch history, and this perhaps increases our interest in it.

Stories of the devil and of people selling their souls are arguably a mythology linked to Christianity. In Sussex, we have Devil’s Dyke, which is named after the myth of the devil trying to flood the churches in the Weald, only to be scared off by a woman lighting a candle (making a cockerel crow so the devil would believe it to be morning). These stories were perhaps metaphorical for the Christian idea of triumphing over temptation, as well as to form a moral tale against evil.
​
Myths as a whole are an integral part of our culture, informing our superstitions and our thoughts without us really knowing. There’s something incredibly human about traditional stories passed down the generations. They create an everlasting link between our modern selves and the ancestors who long ago created stories to understand the world they lived in and to teach their children about right and wrong.