Low-cut tops and short skirts: asking to be assaulted? 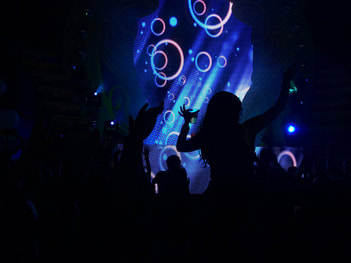 After a month which has seen Hollywood forced to scrutinise its morals in regard to sexual predators in the film industry, with female celebrities daring to share their experiences and trolls queuing up to blame them, Georgina Sharma tackles the tricky subject of blame in sexual assault cases…

Revealing clothing is fast becoming an expectation for what young women should wear, particularly on a night out. Disturbingly, though, some also see it as an invitation for something distinctly more sinister.
According to the organisation Rape Crisis, 85,000 women are raped every year in England and Wales. More worrying, if that is possible, is the emerging trend in victim-blaming: it seems that it is becoming increasingly common for these vulnerable and exploited women to be unjustly told that they partially bear the blame.
According to a judge dealing with a recent sexual assault case, women who wear ‘provocative’ clothing should think harder about protecting themselves. While she squarely condemned the behaviour of the perpetrator, her words were nonetheless picked up and used to round on the victims.
​
When a woman dresses in figure-hugging clothing, there may be one thing she is provoking: attention. However, in no way does this suggest she is asking to be assaulted. Here we find yet another piece of evidence of the sexist, unequal society we live in that many deny exists. According to a study by the Fawcett Society, around 38% of men and 34% of women believe women must take some responsibility if they are attacked on a night out. Shockingly, among young people, 14% believe women bear the full blame. This suggests the influence of what is known as ‘lad culture’ – where sexually assaulting and humiliating women is seen as ‘banter’ and acceptable. In any other crime, blaming the victim for the behaviour of their attacker would be out of the question. This reveals how deep-rooted society’s inclination to blame women is.

Not only are women named the culprit of rape when they are wearing revealing clothing but also when they are in such a drunken state that their consent is unclear. One quarter of the public believe women who are drunk are isolating themselves into vulnerability. This is the harsh reality: when intoxicated it is easier for someone to take advantage. However, not only does this view overstep the line of morality, but also exculpates the attacker. It is disconcerting how excuse after excuse is being made for sexual predators. In no situation is there ever justification for someone’s consent not to be acknowledged and, consequently, for them to be forced into something so traumatising.

The only way for this perturbing issue to be resolved is to spread wider understanding. There is an ignorance surrounding rape that must be eliminated, and the blame redirected. The root of the issue, though, lies much deeper: the responsibility can only lie at the feet of the perpetrators when society finally manages to conquer its misogyny and destroy archaic patriarchal prejudices.

Create your own unique website with customizable templates.
Photo used under Creative Commons from marcoverch
UA-121891675-1