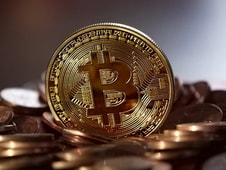 You may have heard about Bitcoin, the new virtual currency. If you have, you’ll probably be wondering what on earth it is! This article will explain the significance of it in the modern world.

First of all, you actually have to understand what Bitcoin is and what it does. It is a cryptocurrency which uses encryption to secure transactions. They are basically codes, but very secure and near-impossible to hack. This is quite a hard thing to get your head around.

Bitcoin is a new currency on your computer which doesn't have a central bank. This means that an hour after a transaction there is no getting back the Bitcoins that you’ve spent - so the payments made cannot be seen by anyone.

Those who want BitCoin either buy them with pounds (one Bitcoin costs about £17000!) or 'mine' them online using mining hardware and software, or by joining so-called 'mining pools'.

There are many issues with Bitcoin. One of the main problems is that the value could change at any moment, so it could theoretically plummet to 1p in an instant, meaning people could lose all of their money. Furthermore, hackers and drug-dealers are using it in the wrong ways. Many finance experts say that to invest in Bitcoin is the same as gambling.

Would you invest in Bitcoin? Should Bitcoin be regulated like other currencies? Is it a currency for criminals? Email us with your answers and ideas.

Create your own unique website with customizable templates.
Photo used under Creative Commons from Casinolobby.dk
UA-121891675-1