Language change: is it really the end of the world? 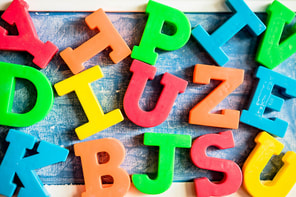 People have been complaining about language change and its implications for literally centuries. (‘Literally’ for once being accurate both in its original definition as well as the more modern use as an intensifier.) Jonathan Swift complained in the eighteenth century, and John Humphrys continues the ranting into modern times. Unfortunately for them, this fighting of language change has had the success of eating soup with a fork. Semantics will always shift, and vocabulary will never be static. To claim otherwise is silly.

Silly itself has undergone semantic pejoration, when the meaning of a word goes from positive to negative. Would Humphrys, then, interpret my words as praise, or think that I am noting his apparent luck? Of course not. Just like you and I, Humphrys would understand silly to mean stupid, foolish and irrational. So how far back, exactly, does he want to go? Does he wish to return to the vocabulary of the year just gone? Or the previous decade - or century? The answer is often the same regardless of who is attacking language change; they invariably want language to remain exactly as it was taught to them.
So, while both Swift and Humphrys campaigned relentlessly for an end to language change, the language used by Humphrys may very well have upset the stubborn Jonathan Swift, who was so absorbed by what he was taught in the late sixteenth century that he failed to see how language change was not only unavoidable but also necessary.

Though he recognised that new words were indeed needed to label and describe developments being made in the way of technology – and said as much in an attempt to enlist an official board of language police – he despised the idea of semantic shift. Words, in his view, should not simply change meanings; how silly ridiculous would that be?

Language, as a social behaviour, changes as society’s opinions and values alter. One such example is the change from ‘policeman’ to ‘police officer’ when the general public took a moment to critique the previous millennia of patriarchal sexism and considered the idea that women, too, are capable of policing. This example, along with the change of ‘firemen’ to ‘firefighter’ is considered ‘change from above’, which, while sounding somewhat dramatic and godlike, means only that it was used first by the dominant denomination of society and was a very deliberate change to illustrate the epiphany that women are just as competent as men.

Words such as ‘telly’ and ‘pram’, on the other hand, spawn from a directly opposite method known as ‘change from below’. Unlike change from above, change from below is often subconscious and is used to make matters either quicker or easier, and quite often come from the lower social classes. Similarly, however, it is responsible for the creation of new lexis, and for the original forms (in this case ‘television’ and ‘perambulator’) to eventually fall into obsolescence. So, while Humphrys may strongly disagree with ‘beverages’ being shortened to ‘bevs’, I doubt he is so adamant that ‘perambulator’ should replace the used of ‘pram’.

But language change does not only consist of new words for the same meaning. In fact, much to the chagrin of Jonathan Swift, it is quite often the other way around. For instance, the relevantly festive sentence, ‘has the girl if she’s been naughty or nice?’, once translated to something along the lines of ‘has that child, who has nothing, been foolish?’, which is distinctly less festive but accurately demonstrates just how dramatically words can change their meanings over time. But, despite this, there will always be those who do their best to prevent it.

Similarly, there appears to have been an intensely overdramatic response to the modern use of literally as a way to dramatize and hyperbolise rather than its original meaning of, well, almost the exact opposite. It gets denoted as ‘valley girl talk’ and is consequently looked down on as something of an inferior use. It is true, however, that young people – especially young women – are ‘at the forefront of language change’ (according to linguist David Crystal), and so to label it as ‘valley girl talk’ is not unreasonable. But to look on it as an inferior form of speech just because it is different is very unreasonable.

The ability to mould language to form new ideas and a new identity is something that should be praised and admired by everyone, not condoned and scoffed at by prescriptivists. The fact that language is, as Jonathan Swift said, the ‘clothing of our thoughts’, should not prevent its change to avoid ‘ugliness’. On the contrary, it should be tailored to fit and worn until it fits comfortably on the speaker of the wearer. Language change is fundamental in presenting new ideas, attitudes and identities and should be embraced in all its forms.

Create your own unique website with customizable templates.
Photo used under Creative Commons from wuestenigel
UA-121891675-1