Systematic racism does exist in the UK 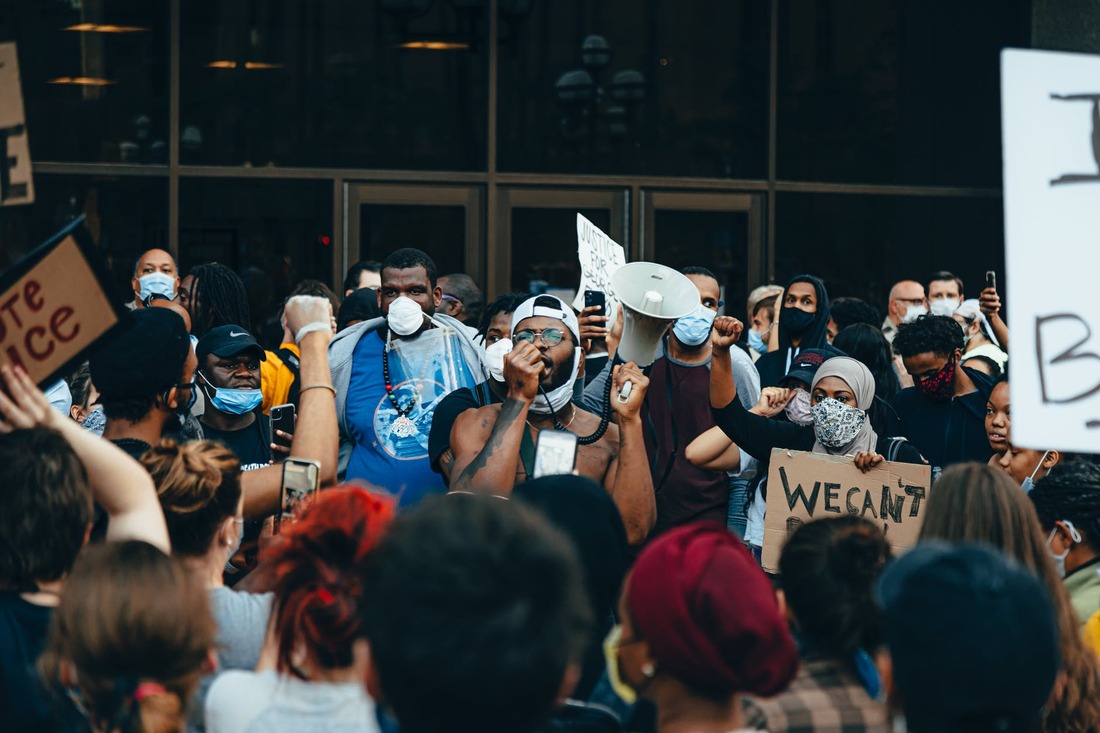 ​The murder of George Floyd has sent shockwaves across the US and the globe. The thought that a police officer - in a position of such trust and authority - could abuse their position and harm a civilian is deeply alarming. However, while people in the UK were outraged and sickened by the countless victims of police brutality in America, we cannot ignore the problems in our own country.

As residents in a secluded rural town, we are often unaware of the racism that occurs daily. I know that I, as a white woman, am in a position of privilege. I never have to worry about the colour of my skin and how that will disproportionately affect me amongst others, yet this is sadly the reality for many. No empathy I feel can ever amount to the fear and upset black people must feel right now. When many people ask: “Why are they protesting here when George Floyd was killed in America?”, we need to recognise our failures regarding systematic racism in Britain. The UK historically is at the epicentre of racial exploitation. Our colonial history casts a very very long shadow.

We are often led to believe that the “Great British Empire” is one of the nation’s greatest accomplishments, however, it is fraught with corruption, brutality and suffering. In 1922 Britain owned and controlled one fifth of the world’s population and one quarter of the world’s total land area. Most of this control was not gained from peaceful treaties but rather exploitation, torture, slavery, and the numerous deaths of indigenous people. Britain owned a number of concentration camps in its colonised areas. The Mau Mau uprising occurred in the British Kenyan Colony from 1920 to 1963, during which members of the Kikuyu tribe were detained in concentration camps and systematically raped, tortured and abused. It is also often forgotten that Winston Churchill, who is often praised as a 'War Hero’, caused between 12 and 29 million Indians to die of starvation. When India was under the control of the British Empire, millions of tons of wheat were sent out into Britain. In Bengal, 1943, 4 million Bengalis starved to death after Churchill diverted their food supplies to British soldiers. When Churchill spoke about these famines he is reported to have said “I hate Indians. They are beastly people with a beastly religion. The famine was their own fault for breeding like rabbits.”
With the deeply entrenched roots our country has in racism and exploitation it should come as no surprise that institutional racism continues today.

Institutional racism in this country has also been highlighted in successive government reports. The MacPherson report into the racist murder of black teenager Stephen Lawrence in the 1990s highlighted institutional racism in the police and justice systems for failing to bring the murderers to account. More recently the Lammy report and the report into the Windrush scandal have also produced confirmation of structural racism that needs to be addressed urgently.

Two years ago, hundreds of Caribbean immigrants from the Windrush generation were denied legal rights and were wrongly detained and deported. The Windrush generation refers to those from Jamaica, Trinidad, Tobago and Barbados, who immigrated to Britain between 1948 and 1971 after the government encouraged them to work, to help rebuild the country after the war. Despite massively helping and restoring the country, Theresa May’s strict new immigration laws meant that elderly people were denied services, jobs and some had to endure deportation.

Right now, our country is dependent on black and minority ethnic (BAME) key workers during the pandemic. The disparity in death rates between white people and minority ethnic people is utterly shocking. Whilst many of us are at home, BAME workers are on the front lines risking their lives to keep the country functioning.

Belly Mujinga lost her life due to coronavirus, leaving her young daughter behind. At her job as a rail worker she was spat at by someone who boasted he had the virus and died in hospital only days after. The man responsible for the offence has not been held accountable. This just makes me wonder, if she were white would justice have been sought more eagerly?

In a similar situation, a Glaswegian man was arrested after spitting at a white police officer, after the man joked that he had coronavirus. Not only have the police failed to deliver justice for Bella Mujinga and her family, but statistically the police’s use of force is unreasonably higher towards black individuals than white individuals. It appears that police are often fast to target black people and abuse their authority but when a black woman is the subject of a fatal attack, justice for her death is nowhere to be seen.

These, of course, are just a few examples of the injustices that BAME communities experience in their everyday lives. There are hundreds of resources available to further your knowledge on institutionalised  racism, such as books like “Why I’m No Longer Talking to White People About Race” in which Reni Eddo-Lodge writes about her experiences as a black person in Britain.

I’m sure, like many, I have been ignorant of the full extent of systematic racism, until recently. George Floyd’s death and the deaths of countless others are senseless and unjust, and my heart truly aches for those directly affected by inequality, oppression and brutality. I hope that our generation brings about much needed change in the world - the first step in doing that is to educate ourselves.