The iPhone X: is there still an appetite for Apple? 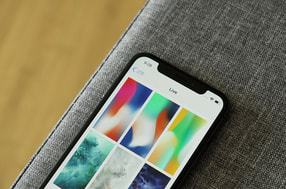 Many people have been talking about Apple’s new iPhone X recently. The question, though: is there still a demand for more Apple products?


First, you have to actually buy it, and it costs £999! Most people you ask would say that it definitely isn’t worth it. All of Apple’s best technology is in the phone and, consequently, it costs a lot of money. I would say that it isn’t worth getting the iPhone X, purely because there are already rumours of a new, more affordable, version coming in 2018.


At the top of the iPhone X is the infamous notch - a small black part that juts into the screen. However, there are apps that will make the notch invisible, and when you’re using the phone you’ll forget about it after five minutes.


The display is definitely more vibrant and this is due to Apple using OLED tech, instead of the LCD screen that Apple has used since they were founded. The OLED screen boasts a better and more colourful screen and gives the iPhone X its unique look.


Another big new feature is facial recognition system. This means that the camera will recognise your face, allowing you to unlock the phone with merely your own identity. The removal of Touch ID and the home button is, for some people, a cause for concern. However, Apple definitely made the right move and by upgrading to Face ID, as you get a foolproof method of unlocking your phone. To get the most out of Face ID you should set it up in normal light levels.


Another question is: do you put a case on it? The iPhone X looks beautiful out of the box and is so shiny that most refuse the case. However, it will accumulate many scratches; so I would recommend a case.


The iPhone X is, all in all, an amazing phone. With new tech, like Face ID and wireless charging, and a new display with the OLED screen, it makes Apple’s other products look like sawdust. Furthermore, they can add new features with software updates alone, and this will mean that in 12 months, the iPhone X will be able to do lots more things. Perhaps it will still be a winner after all.

Create your own unique website with customizable templates.
Photo used under Creative Commons from TheBetterDay
UA-121891675-1