Save the Children: fundraising for an international charity 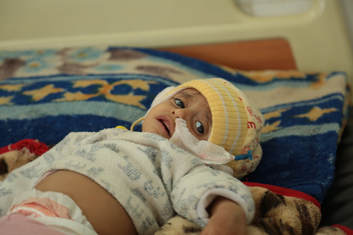 ©Save the Children
On the 15 December 2017, the sixth form of Heathfield Community College once again took part in ‘Christmas Jumper Day’, a nationwide fundraising campaign run by the international charity Save the Children. As last year came to a close, the school and thousands of people across the country pulled on a festive sweater and donated to the crucial organisation.

The funds raised go towards the £2 billion annual budget of the non-governmental organisation. Save the Children support the most deprived young people across the world, campaigning major world leaders and sending vital aid to those most in need. They employ 25,000 staff, all working towards their three main aims: giving children their best chance of living to their fifth birthday, protecting children from violence in all its forms, such as war and conflict, and child marriages, and improving their access to education. Six million children die every year from easily preventable diseases, such as cholera and pneumonia, and one in six children don’t go to school, most of them girls. These figures are shocking, and reflect a humanitarian crisis that is recurrent in less developed countries across the world.

The Heathfield college enjoyed a cheerful day supporting the important cause, and raising over £250 in the process. Save the Children, with the aim of “the biggest, silliest day ever”, have already raised £1.9 million. The much-needed money will likely contribute to some of the crises that need it most, such as the current war in Yemen. Five days following Christmas Jumper Day, the charity marked the 1000th day since the escalation of this conflict. Since the outbreak, Yemen has been plagued with danger and disease, with the children most at risk. According to the UN, it is the worst humanitarian crisis in the world today.

To find out more about Christmas Jumper Day visit their website. If you can spare a few pounds, donations are always welcome and needed.