Is politicking in schools dead? 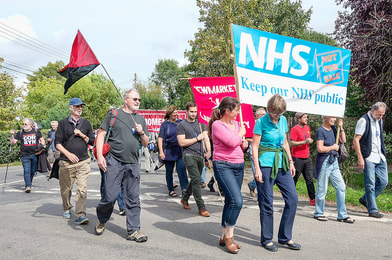 The decisions made at the top of a nation have always had a large impact on the lives of its citizens. Now, that impact seems more profound than ever. In today’s world, we have a man who sits at a computer tweeting about how his button “is a much bigger and more powerful one than his, and my Button [sic] works”. Of course, this could just be a school spat between two teenage boys, but the matter suddenly becomes a whole lot more problematic and alarming when we discover that the author of such a tweet is a sitting President of the United States of America, and the person to whom he is speaking is the sovereign leader of another independent nation. The button which he alludes to is a button controlling the second-largest nuclear arsenal in the world.

Politics is an area which always has needed, and always will need, a continuous supply of fresh blood. Without it, we end up with the same old men and women peddling the same dusty ideals. Despite this, there seems to be little interest in the younger generation for politics. It is one of the few things that people in our Western civilisation can hate with a uniform passion. For many, politics is very little more than a waste of breath with a side order of pomp; politicians often seem arrive at the same conclusion that they themselves arrived at two hours ago, without money being paid out of the taxpayer’s pocket. However, we bother with such dealings because everyone needs to be represented, and an MP speaking in the House of Commons stands for a constituent somewhere who is being represented. Even if it takes a long time, it is simply because everyone’s opinion and point of view must be considered.

Despite the widespread dislike for anything political, this fresh blood must keep coming. And so it is now that a truth must be faced: are young people, specifically students, having politics stamped out of them? This is extremely grave, for, should we have no more politicians, the political world would stop spinning: no bill would ever find its way through to the law, and no existing laws would be sufficiently upheld. Therefore, it is clear that it is very important to allow those who have a desire to enter into politics to do so.

It is important to note that when I speak about students having the politics beaten out of them, I do not mean by teachers. Teachers can be some of the most supportive people when it comes to a student’s ambition or sense of duty to their nation. Instead, I refer, in large part, to other students. There are those that admonish their peers who express even a meek interest in politics… “It’s so boring.” “Everyone hates them”. “It doesn’t affect me though”.

Of course, a student whose enthusiasm does lie in the realm of politics would know each of these accusations to be false. As far as my experiences go, there is little in the world more fascinating than politics and the intrigues that take place at the highest levels. Not everyone hates politicians. Indeed, particularly among the younger generation, only a minority would say that they hate Jeremy Corbyn. Somehow, he has been able to garner support from the younger population and even make them love him, despite his 68 years of age. And, finally, there is no one on the planet who is unaffected by politics. There is not one person not affected by a tax hike, or a rebate or a declaration of war.

If there were wider acceptance for those who have a desire to enter into the world of politics at school level, we would have fresh blood, and maybe even better leaders. Let’s face it, whatever we have to offer can’t be much worse than what we have at the current time. Politics is one of the most admirable professions that you can possibly declare an interest in, and it is time for the nation  - and the younger generation - to see that.

Create your own unique website with customizable templates.
Photo used under Creative Commons from sasastro
UA-121891675-1