The unlikely monster of climate change 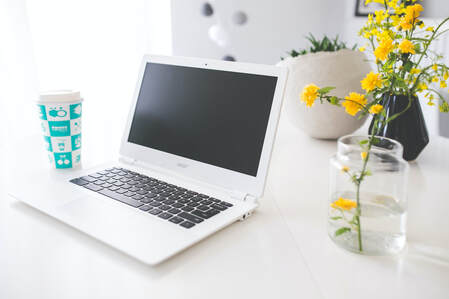 Alfie Lovett explains why the internet can be just as bad for the environment as using too much paper and breaks down the reasons why.

We all enjoy the benefits of the internet - it’s become a big aspect of our daily lives. It’s something you’re using right now to read this article! It’s something that many people couldn’t imagine living without. However, the internet, like many things in our lives, has a big impact on the environment and the climate.

Let’s start with internet searches. A simple internet search, depending on which browser you use, could release around 1 gram of carbon dioxide into the atmosphere, because of things like the energy needed to charge your device, power your network, and also the energy needed to power the massive server farms that store all of the internet’s data. So 1 gram of Co2 for every internet search – no big deal, right? Well, if you consider the fact that the average US citizen will make 4.3 internet searches each day, and an estimated 4.5 billion people use the internet, then you find that that 1 gram turns into nearly 20 billion grams! The figure in tonnes comes out at 19,350. Do note that this isn’t an official number; this data assumes that every internet user in the world is as active online as US citizens, which is of course not true. However, what we can take from this figure is the amount of energy needed to power the internet.

Messages are another big internet user. From social media to plain SMS, this is the main way of communication for people today. A study done 10 years ago on emails showed that it takes 0.3 grams of CO2 to send a spam email, 4 grams to send a regular text email, and up to 50 grams to send an email with a photo or a large attachment. There is much debate as to whether these figures are bigger or smaller today. The same study also estimated that the average businessman would generate as much CO2 in a year as a 200 mile family car journey would. However, it can be quite easy to cut this down – if every adult sent one less  message, we could save 16.000 tonnes of CO2 a year. So next time you send an email with a request, consider putting ‘thanks in advance’ or waiting until the next time you need to email them and saying thank you in that email. Or, use another messaging service. Twitter claims that 1 tweet releases 0.2g of CO2, whereas using SMS or text messages is very eco-friendly – each text releases just 0.014g of CO2! Mobile phone calls aren’t much higher, whereas video calls can be very carbon-costly! Finally, some bad news for WhatsApp users – WhatsApp messages are estimated to use nearly as much carbon as an email, so it’s best to use SMS.

Perhaps the most energy-intensive use of the internet is the relatively new concept of video and music streaming. Generating 300 million tonnes of CO2 each year, nearly 1% of the global total, video streaming services like Netflix emit a lot of CO2. The ‘video streaming carbon footprint’ can be split into thirds. The first third is online streaming services such as Netflix and Disney+. Youtube and social media videos are the second third, while the final section is, surprising, pornography. Pornography is accountable for generating as much carbon dioxide as Belgium does per year! Experts say this is more carbon-intensive than making and selling DVDs. Similarly, downloading video games also requires a lot of energy and therefore carbon. However, actually playing these video games, even online, is quite carbon efficient. The thing that uses up lots of energy is the constant addition of new features, as app updates use gigabytes of data to download.

Overall, the internet has quite a big carbon footprint, accounting for 3% of our global carbon emissions. However, it’s just as important to realise that some of the alternatives we used to use, e.g. dictionaries, cause just as much carbon to be emitted. Dictionaries are made primarily from wood, which comes from a tree which stores carbon. Just remember, next time you start binge-watching a new box set, everything you do online will increase your carbon footprint.

By Alfie Lovett, Year 9
Powered by