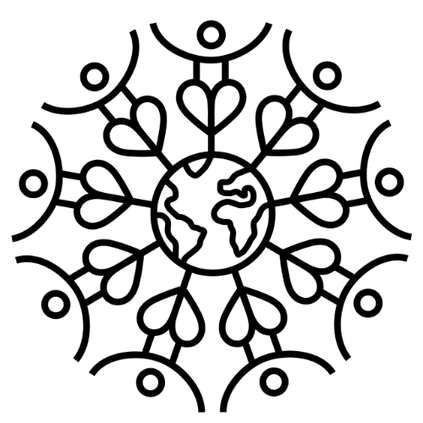 Etta Stubbings finds out more about the work of refugee charity, The Worldwide Tribe

​Back in 2017, my primary school was visited by a charity called The Worldwide Tribe who told us all about the amazing work that they do supporting refugees around the world. I was inspired by all their incredible work and it was the first time I had met charity workers who were younger and I could relate to. I have since followed them on social media where they share what they do. I want more people to learn about the struggles faced by refugees and how we can help.

The charity was founded in 2015 by Jaz O’Hara after her parents adopted a refugee from the ‘Jungle’ (a refugee camp in Calais) and she visited the camp to find out more. She met so many people who all had inspirational stories to share and she wanted to spread positive and accurate information about the ‘Jungle’ to raise awareness of what was going on and get others to help out. Since 2015, Jaz has gone back and visited the ‘Jungle’ and many other refugee camps, sharing the moving stories on Instagram and their website.

The team at Worldwide Tribe travel to refugee camps, hand out donations and help the people who have been forced to leave their homes and make perilous journeys in order to survive. They also help refugees gain asylum and start new lives in the UK. The main goal of their work is to raise awareness and show the reality of what life is like for refugees. They are highly active on social media where they share what they are doing to help and ways that we can get involved. They have a podcast and a blog which shares different people’s experiences as well, creating videos that show what life is like in the refugee camps. You can find all this on their website.

Recently, they have been spreading information about the unfolding situation in Ukraine and encouraging us at home to learn more about ways in which we can help. The Worldwide Tribe hopes that the current situation not only informs people on what is going on in Ukraine, but also opens our eyes to the refugee crises happening in other parts of the world. Their message is that all refugees deserve to be treated equally because we are all human and we all deserve to live a life without fear, pain and suffering no matter our ethnicity, religion or nationality .
​
At the moment they are embarking on a journey across North Africa, the Middle East and into Europe, following the very paths taken by refugees to seek security. The Worldwide Tribe’s message to us all is to come together regardless of where we come from or our beliefs and preach acceptance instead of prejudice, empathy instead of apathy and love instead of hate.
​
Etta Stubbings, Y10