HIV: is the end in sight? 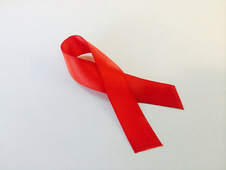 ​HIV (which stands for human immunodeficiency virus) is the deadly virus that attacks a human’s immune system which, in turn, makes our body more susceptible to infection and disease. Although HIV is primarily contracted through not using contraception during sex, it can also be contracted by using unsanitary needles, or a mother passing it onto her child during pregnancy.
To understand the vicious virus, we must firstly break down the history of HIV, and find out how great armies of scientists have been battling it for almost 40 years.

It is believed, but not known for a fact, that HIV originated in Kinshasa, Democratic Republic of Congo, in and around 1920. However, it wasn’t until the 1980s that the public become aware of its presence. It was in 1981 when five young men, previously healthy, were admitted to a hospital in Los Angeles; at the same time there were reports of men in New York and California suffering from aggressive cancer. It was from this point onwards that the disease grew, with the number of victims spreading across the world. By the end of 1983, 1,292 people had already died from it (according to ‘Avert’ - a website dedicated to tackling AIDS and helping to educate people on the virus itself) – a testament to its ferocity. Ever since, the war on HIV and AIDS has only heightened, with an estimated $19.2 billion spent on tackling the viruses in 2014 alone. You may be shocked to believe that such a sum of money would be entirely necessary to tackle such a ferocious illness, but when you take into account that, according to W.H.O, 35 million people have died of HIV globally (nearly double the number of lives that were lost in World War One) then you may realise its severity. Therefore, with a death toll higher than that of a global war, we must try to end the epidemic. But how close are we to reaching this goal? Or more, have we already reached it?
​
On Tuesday 4 October of this year, a 44-year-old man from Britain may have been the first ever to be cured of HIV. After having undergone a revolutionary new therapy to cure the virus, it was said that traces of HIV were undetectable in his blood. The programme is designed to completely eradicate the virus - unlike the infamous Berlin Patients who were believed to been the first to be cured, while actually relapsing months afterwards. However, this new method is still in very early stages, and as such we cannot confidently call it a ‘cure’ – as much as it is potentially the beginning of a grand-scale development in HIV treatment.

Scientists and doctors at Oxford, Cambridge, University College London, King’s College London and Imperial College London carried out the research for the treatment, whilst trials were funded by the NHS. The research was performed on 50 patients who all offered a hand in helping to fight the disease. The reason why this method is so revolutionary is due to its “Kick and Kill” approach to attacking the virus; the treatment is designed to hunt the virus and then eliminate it in every part of the body, including the dormant cells, which prior to this method were left untouched by the current treatments.
When I first became aware of this news, I was overjoyed for obvious reasons. Science continues to work in amazing ways, and therefore maybe - just maybe – it may have discovered how to eliminate HIV, for good.

However, we should take this research with a pinch of salt (large rocks of salt would be best). This is because the team behind the discovery claim that it is too early to know if the ‘cure’ has really worked. Sarah Fidler, a consultant physician and professor at Imperial College London warns us ‘we are still a long way from any actual therapy’, implying the current methods - although revolutionary and ground-breaking - aren’t perfect and will take time to perfect. Nonetheless, it is a start, and hopefully it is the start of something revolutionary.

However, the history of HIV is still a sad and unknown story to many. Even in the 21st century, the large majority of people are still unaware that HIV isn’t only transmitted through homosexual sex. This common negligence towards the virus that much of society still have is a plague in itself, breeding generations of ignorance, as well as the notion that heterosexual people are somehow immune to the deadly virus. Therefore, we must continue to strive to raise awareness, and hope that science continues to make the outstanding progress that it is making in order to combat HIV and AIDS in their entirety.

Create your own unique website with customizable templates.
Photo used under Creative Commons from NIAID
UA-121891675-1