Our future - our right to vote 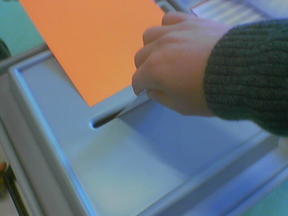 At 16 you are old enough to marry, old enough to die for your country, old enough to bring another human being into this world. I’m sure everyone would agree with me that these are enormously huge responsibilities. So answer me this: why do you have to wait another two years to be able to vote? It makes no sense.

Many people reject the idea of lowering the voting age on the basis of lack of maturity. As a teenager myself who spends a lot of time around other teenagers, I can easily understand that many 16 and 17 year olds are irresponsible and immature. However, so are a great number of adults who have the right to vote if they want to. We aren’t talking about 10 year olds here; there is no considerable difference between an 18 year old and a 16 year old in terms of mental capacity for thought and development. At 16, an individual is mature enough to inform themselves on issues affecting their lives and form an opinion as well as engage in the political system.

Unlike previous generations, this generation has a much greater understanding of democracy and are very politically aware. Schools encourage this by bringing politics into all aspects of learning and having things such as school councils and mock elections. The majority of young people have their own opinion on political matters backed up with genuine reasons.

As it is our lives the majority of decisions will affect in the future, surely we should have a say? Our system is supposedly about fairness and giving people the rights they deserve, yet one of the most important rights of all (the right to vote) is denied to young people. Statistics show that if 16 and 17 year olds could have voted, the outcome of Brexit would have been completely different. With 1.46 million 16 and 17-year-olds in the UK - and with 82 per cent voting remain - the number would have matched the 1.2 million difference between out and in, actually changing the result completely. A huge 75 per cent of 18 to 24-year-olds voted to remain in the EU, meaning the leave result was largely from by the older generation. Don’t get me wrong, the older demographic still matter but it is the younger generation that will live the longest with the result decided for them. To put it bluntly, it is frustrating to see decisions on our future being made by those who will, no doubt, die within the next 10 years.

To extend my point even further, up to one third of registered voters have not voted in recent UK general elections. This could be for many reasons but the fact still remains that these people had the chance to vote yet they didn’t. This is shockingly unfair for 16 and 17 year olds who could have taken the place of these people and contributed towards democracy with their important and frank votes.

The government always talks about giving young people a voice and listening to what they have to say. Unfortunately, this does not include letting them vote. If we want teenagers to engage in the world around them, what better way of doing this than letting them have a say in who governs them?

Voter apathy is currently a growing problem which can easily be solved by opening a pool of 1.5 million keen minds. The youth is this country’s future; it is time they are listened to.
​
Georgina Sharma
Powered by

Create your own unique website with customizable templates.
Photo used under Creative Commons from me vs gutenberg
UA-121891675-1