My pioneering mum: a life scientific 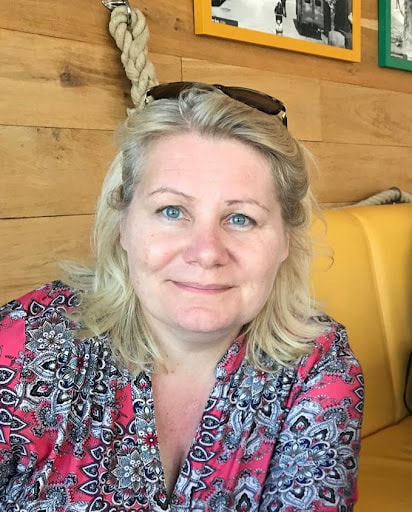 Charlie Wilsher interviews his mum to find out more about her life and the barriers she has had to overcome as a woman in a STEM career.
​
Mums: they are our guiding force and are responsible for making us who we are. My mum is my greatest advocate, I can always rely on her to give constant support, guidance, encouragement and unconditional love.
We can all be guilty of taking our mums for granted. She becomes this entity that is ‘Mum’, but how much do you know about their identity and the person behind the title? I decided to find out more.

On a brisk Sunday afternoon in January, I decided to go for a walk with my mum. I took the opportunity to find more about her life – her past, present and future aspirations.
I began by asking what life was like for her when she was my age (12). Her immediate response was that she was very happy, life was good. She had transitioned to secondary school, an all girls school in the suburbs of London. She was shy but, despite this, she had made many new friends. She commented on how life was much simpler in those days without the distraction of technology. She remembers the first computer she had at age 14 (a Sinclair ZX Spectrum with a 48k memory!). She felt glad that she didn’t have social media growing up. She spent most of her time out of the house with friends, or in her bedroom listening to vinyl records. Her most prized possession was her very old record player which she had been given by an old family friend. She loves music and would save any money that she earned to buy the latest single to add to her collection. I asked her what her favourite record was when she was my age. She said that at my age she was just getting into the music of U2, a band she still loves today. Her favourite song at that time was a UB40 song called ‘Food For Thought’, a song about third-world poverty, and an indictment of politicians’ refusal to relieve famine.

My mum spoke about how at this time she had started to become more politically aware and, although personally her life was good, the effects of Thatcherism on the country started to take its toll. In 1982 Margaret Thatcher had been the Conservative Prime Minister for three years. There was a great deal of political unrest: riots, strikes (most notably the miners’ strikes) and unemployment were rife. There was a recession which hit the manufacturing industry in particular, causing unemployment to rise to over 3 million people. This worried my mum and her peers, who felt that their prospects of finding employment after leaving school could suffer. Mum decided to concentrate on working hard at school to get an education. Even at school the effects of the Conservative cuts were felt hard: resources were low: teaching staff were poorly paid, morale was low and strikes were common throughout her time at secondary school.

I then went on to ask Mum if she ever broke the rules or got into trouble. Her response came as a complete shock; she told me that she had once initiated a whole school pupil strike!
Whilst doing her O-Levels, her class hadn’t had a maths teacher for the entire first year of their Maths O-Level. Nothing was being done to recruit a new Maths teacher and the girls were understandably getting anxious that they hadn’t had any proper lessons for over a year. One lunchtime (taking example from the striking teachers) my mum suggested that the students should all go on strike! Word spread from class to class, around the playground and, to my mum’s surprise, the majority of the school remained on the playground after lunch and refused to go into lessons. The girls stood their ground in unified defiance - that is at least for two periods, until it started to rain heavily! My mum and a couple of her friends from her Maths class owned up to inciting the strike. I asked her if she regretted doing it after getting into trouble. “Definitely not,” she said, “less than three weeks later a new head of Maths was recruited and we had to learn two years of maths in two terms.”

I asked Mum if her ideas of what it means to be a woman had changed at all during her lifetime. When she was a small child growing up in the 70s, women frequently encountered prejudice and discrimination as, by many, they were still seen as inferior to men. When she started secondary school in the early 1980s, expectations were low for girls and the curriculum was very old-fashioned. They studied needlework, home economics and she even remembers resentfully completing a project on ‘How to be a good housewife’. She joked “You’ll have to ask your dad if I learnt anything from it. I’d have rather been doing extra Science and Maths to catch up what we’d missed.”

She was the only girl that wanted to do science A-levels in her year so had to move to a mixed school for 6th form in order to do that. Even then, she was the only girl studying Physics at A-level. Things started to change for the better in the late 80s; women began to take a stand. They started to take control and started ‘power dressing’. Mum admitted to wearing jackets with huge shoulder pads and having a big 80s' hair style. At university she studied Molecular Biology and, again, girls were in the minority. She completed her PhD in the 90s and it was very apparent that science was still a very male-dominated environment. Furthermore, there was a disparity between what she was earning as a woman and what her male colleagues earned, as well as the fact that the majority of professors and senior leadership roles were taken by men.

She remembers how after having her first child, Elizabeth, in 1998, she was asked in an interview if she intended to have another child anytime soon. They were reluctant to employ women on short term contracts if they were going to go on maternity leave. It has always amazed her how much women have put up with throughout history however she believes that in recent years things have improved a lot with women being offered far more opportunities. Her hope is that things will continue to improve for Elizabeth’s generation so she can aspire to do whatever she chooses in life.

I asked mum if there was a moment or event that radically changed how she saw the world. Her initial response was to say how the recent Covid-19 pandemic has dramatically changed everyone’s way of living and working. It highlights how we have to value normality as things can often change in our lives in an instant. She hopes that the efforts of scientists to develop vaccines and their approach to controlling the pandemic will inspire a new generation into science.

She also spoke of how she remembers the day that the planes struck the World Trade Centre in New York, in the 9/11 terrorist attacks. In that instant she knew that the world had changed. She was in New York a few months after the attack and remembers seeing all the photos of people that had sadly lost their lives that day in 2001.
On a more personal level, she mentioned that in the mid 1980s, when she was a young teenager, there was a rather terrifying government public information advert about the HIV and AIDs epidemic. She saw this as a defining moment in her life as it was this ad campaign that inspired her to pursue a career in scientific research. After graduating, she completed a PhD studying the structure of Aspartic Proteases, in particular the HIV Protease, which the current HIV drugs now inhibit. She then went on to work in cancer research.

Finally, I asked Mum what her greatest wish was for me and my sister, to which she replied with one word: ‘Happiness’. With Mothers’ Day just around the corner on 27 March this year, it may be the perfect opportunity to find out a little more about the mother figure in your life.
They might surprise you!