Just an advert? How ads shape our ideas 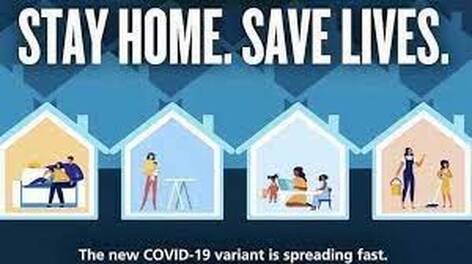 Amelie Reeves reports on how language is used to perpetuate misogyny and harmful gender stereotypes.

Whether it’s intentional or otherwise, gendered stereotypes are constantly reinforced through language, meaning patriarchal beliefs have become common and accepted in our everyday lives.

One of the main areas that spreads gendered stereotypes is the media, specifically through advertising. A key example of this are items marketed towards children. Walking into a toy shop or opening a catalogue often floods your vision with opposing seas of blue and pink. This blatant divide creates a false and incredibly narrow sense of gender. For example, Kinder Joy packaging from 2016 shows two chocolate eggs, one blue with ‘for boys’ written across the top, the other pink and ‘for girls’. In the separate eggs were gendered toys; in the girls’ eggs were vividly pink toys, including Hello Kitty and a range of dolls, whereas the boys had mostly blue, more dynamic toys like cars. This split reinforces the idea that the gender of a child dictates what interests, aspirations and values they must have.

Breaking away from this stigmatised view of gender, however, resulted in unabashed criticism for John Lewis. The company fell victim to vicious backlash after the release of its recent advert, which features a young boy wearing a dress and makeup; he is depicted dancing and creating havoc around his parents’ house whilst Stevie Nicks’ Edge of Seventeen plays in the background. The aim of this advert was to promote insurance, but many weren’t focused on this aspect of the advert, rather, they were outraged, claiming it was sexualising the boy, despite a similar advert suffering no criticism when it featured a young girl. The language of these viewers suggests that some adults still hold biased and out-dated opinions towards gender roles and will spread harmful opinions when something goes against their beliefs.

This patriarchal ideology isn’t only perpetuated by individuals watching TV adverts: even the UK’s government can’t seem to escape it. In 2021, the government released an advert about COVID-19, with the succinct, imperative sentences ‘Stay Home. Save Lives.’ Although this command seems harmless and incredibly important, when paired with the advert’s image, it becomes misogynistic. Graphologically, it presents four houses - the first depicting a couple and their child; the man has his arm protectively around the woman, who’s holding their child. This is the only house featuring a man, and implies that his household role is to be dominant and authoritarian. Contrarily, the woman appears nurturing and loving as she cares for their child. The other three houses all contain women looking after children and completing domestic chores, such as ironing and cleaning, pragmatically implying that a woman’s main position in society is to remain at home, fulfilling household duties, whilst a man must be the ‘breadwinner’.

Even on National Women’s Day, a time to celebrate women’s achievements and contributions to society, misogynistic stereotypes are still being produced. The well-known stationery company, Bic, decided to celebrate the occasion with an advert informing women that they must ‘Look like a girl. Act like a lady. Think like a man. Work like a boss.’ Despite the advert being marketed towards adult women, they are described with the noun ‘girl’ - this alone is demeaning, but it becomes even more apparent when compared against the noun ‘man’, rather than boy, used for men. Furthermore, the advert explicitly tells women to ‘Think like a man’, suggesting that this is the only way women can be successful.

Patriarchal messages have always been perpetuated through adverts, becoming slightly more apparent during the 1950s. For example, an old advert for Tide pictures a woman embracing the product next to the exclamative slogan ‘Tide’s Got What Women Want!’ This suggests that all women possess an innate passion for the mundane task of washing clothes. Adverts like this reinforce patriarchal expectations that all women should find pleasure in domestic tasks and should not explore their own interests - such narrow-minded beliefs control women’s ability to progress in society.

Advertising continually shapes our ideas and beliefs of what gender is and how it should be presented; they manipulate viewers into believing damaging gender stereotypes, which results in sexist language and beliefs being normalised in society.