Fighting for equality in an unequal world 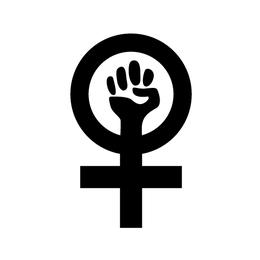 Let’s start with the basics: the much overused analogy of the “woman walking down the street”. What do you think when you see her? If she’s wearing high heels, and a suit - a suit with a skirt - what do you think? Is the skirt too short? Maybe it’s too tight? And those stilettos… what’s that all about? I mean, for goodness sake. They’re impractical, apart from anything else. They’re only worn so she looks more attractive. How can she expect to be taken seriously, wearing those? And, for goodness sake, that blazer - it’s just too tight. I can see the outline of her bra through that top - although that’s probably deliberate.

What about that woman who’s jogging? She’s wearing running shorts - they’re not long enough; really inappropriate, actually - and she hasn’t shaved her legs. I mean, have some decency. Look, her hair’s all tight in a ponytail, like she hasn’t washed it in days. And she could at least have put some make-up on. Anyone would think she was ill, looking like that. I can see why she’s working out, though. Should have started a bit earlier, if you ask me.

Now, let’s imagine these people were men. A man, walking down the street, in a suit. It’s carefully tailored - screams money. There’s a watch, on his wrist. Looks ridiculously expensive. But that’s not impractical - he’s entitled to treat himself a little. Must work hard for it. He’s allowed to show off a little, make sure people know he’s successful. His hair’s carefully styled - probably gets it trimmed regularly. Well, fair enough, I suppose. You have to stay looking smart when you’re a part of the business world.

And that runner: you can tell he works out. Nice shorts, too. Now, he works hard. Good on him.

We judge women more than we judge men. Yes, that a generalisation, and yes, I’m standing by it. Men are indeed judged, but not to the same level, and they are not sexualised in the same way. They are not analysed simply on the way they look nearly as much as women are. Girls, from a very young age, are taught to be aware of how they are viewed. They are taught to be pretty. By whom, you ask? I’m sure you’re expecting me to pin the blame here, so I can be quickly disregarded as another angry feminist. And yet the fault does not lie with the man that holds the door, nor the one that offers to carry your bags, because these things are merely an expression of politeness. They are engrained as ‘manners’ in a patriarchal society.

Women are continually labelled as the weaker sex. In the sense of the percentage of muscle in our bodies, this is true: but it would be ignorant to imply power is a biological quality. There is a seemingly natural, and often totally unconscious, assumption that a man can do a better job of something than a woman. It could be anything: running a marathon, banking, driving, being president - everything except for, it seems, raising a child. This is the role reserved for women; the space graciously made in a world where men squabble over the top spot.

As I am continually reminded, we have come a long way. Women have the vote, we work, we’re involved in politics. But a hundred and fifty years ago, people weren’t walking around in a shocked daze that their society could be so misogynistic as to not have these things. When we think back on it now, it’s crazy - but it never was to them. And so, in another hundred and fifty years, what will have changed? Of the many things integrated into our everyday lives, which will be taught in school to the awed children as a reminder of the progressive world they live in? We’re still living in a world where a racist, bigoted 70 year old man can take presidency over a woman, largely because of his gender – would this suggest that our current society is not then progressive, but reverting back to an archaic period of time where we lack trust in women?

We always believe the current society is the most modern, most advanced and most admirable but, somehow, we disregard the injustices of everyday life. That woman, walking down the street is not an object. We’re often blissfully blind to our own prejudices, but the repercussions are far from invisible. Therefore, by acknowledging how far we have come, we mustn’t lose sight of how far we need to go.