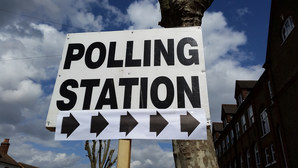 ​Although it doesn’t seem like it, two years makes all the difference. Lowering the voting age to 16 will have an immensely positive effect on our society and for many more reasons than one might initially think, argues Abi Epstein.

At this very moment in England, the age where a citizen gains the glorious right to vote is 18. There is a blindingly obvious double standard here: before the age of 18, we will have already started to pave the path of events that will potentially decide the fate of the rest of our lives. We will have to make decisions on our subject and career choices, which are certainly significant milestones in our lives. Even though we are being treated like responsible adults, we are not being granted permission to take part in the democratic process that could change the fate of our futures even further. How are we supposed to begin to take on the task of maturity if we aren’t granted inclusion into such a fundamental right?

Also, with the involvement of youth in our country’s democratic process, children will inevitably become more interested in and passionate about the vast and often seemingly daunting world of politics. How often have you heard talk of today’s children being too lazy, irresponsible and uninvolved? Perceptions can be changed. The only way for the general population of young people to become more interested in politics is for them to truly become more involved in the process. Involvement in politics can lead to involvement in activities such as debates and journalism, which would be immensely beneficial and could provide positive hobbies for young people. After all, the fate of our country arguably lies in the hands of the younger generation, so it is vital for young people to be educated and involved in the political world.

As well as young people who have yet to realise the importance of politics, there are the young people who are involved in the political world, but feel deprived and left out of the process. We stand by and watch patiently as decisions concerning us are made, longing to take part and make a difference in the events that we feel strongly about. If you are worried about children being irresponsible and voting as a joke, there is no need; thousands of young people across the country would be thrilled to find that they had been granted the right to vote at 16, and would view the change as a huge privilege.

At 16 years old, a teenager has already gained many life skills from school and other activities, and there is naturally a high level of maturity at this age. I strongly believe that if 16 year olds were given the right to vote, they would most definitely take it seriously.

I feel that this would be a crucial development in our country’s values, and would be beneficial to not only young people, but adults, as this would give the youth of England the chance to prove to the older generation that we are responsible. If Scotland has pulled it off and been successful, what’s stopping us?

Create your own unique website with customizable templates.
Photo used under Creative Commons from RachelH_
UA-121891675-1