D.A.N.C.E. your way to success 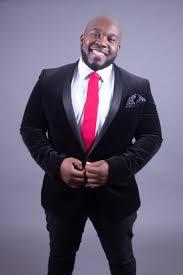 You don't realise the impact that one person can have on you after you have sat in a room with them for an hour and explained what your ‘why’ is.
Confused? I thought you might be. On 9 November, Y11 received a visit from an incredibly inspirational man. And no, it wasn't a celebrity or anyone particularly famous - but a speaker with a goal: Mr Beezy. His goal was to pay for his mother’s retirement. It’s a lot of money, but he hopes that one day he will be able to reach that goal. By inspiring young people like us with his goal, he encouraged us never to stop trying to reach our own – even if our goals sometimes seem unreachable.

Mr Beezy gave us his DANCE acronym: "Dream big, Act now, Never give up, have Confidence and Enjoy life". This acronym had an emotive effect on our class; he had us in tears in the workshop when this acronym became very relevant, and we shared stories from our personal lives. It was tough at times and we all felt very emotional, yet also relieved at having been given the opportunity to express our stories. This, in the context of preparing for our mocks, was hugely effective. The aim of the visit was to give us a reality-check, and show us that we can do it.
​
Later on in the workshop, Mr Beezy told us: "I'm not going to tell you that you will all succeed because you're amazing. Because if nothing changes, nothing changes". This was followed by a heartfelt video about a man who was born with no arms or legs. He tried to commit suicide when he was about eleven years old, but he didn't succeed. He was bullied relentlessly at school. But now, he is married, has two beautiful children and takes part in some sport activities. He showed everyone that there's no excuse to not achieve your goals. This definitely made some of us think twice about how much we take simple things for granted. And besides, the ‘I can't be bothered’ attitude that, let’s face it, we all have experienced at some point, will never get us anywhere.
Mr Beezy made us all realise that if you put in the work, there really is no reason for us not to achieve our goals.