The real-life power of a good book 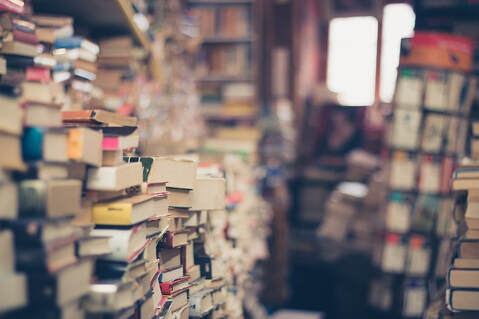 Books are highly regarded when they have thrilling twists, edge-of-your-seat drama and a tear-choking ending. However, there is so much more to the power of literature and its ability to help shape the world we live in.
​
It is said that one can never have too many books, but what about words? If you were to read for twenty minutes a day, you would read 1.8 million words in a year. The result? When engaging in conversation, your vocabulary will flow and speaking will feel natural and easy. If a child could read 1 million words in a year, they would be in the top two per cent nationally for their comprehension skills! Not only that, but studies have shown that reading fiction can help people to empathise with others around them, improving their interpersonal skills and helping them to understand others in their community and beyond it.

Throughout generations, books have been a means of expressing the mind of an author, showing how the writer truly views the world and acting as a medium to highlight and draw attention to important issues within society. In 1892, The Yellow Wallpaper, written by Charlotte Gilman, was published; this work had a massive influence over how mental health and illnesses were viewed and dealt with at the end of the 19th century. Charlotte herself had been diagnosed with ‘nervous disorder’ after the birth of her child; we would probably class what she suffered with then as postnatal depression . She was prescribed with the ‘rest cure’ which involved little socialising, not being able to write, not producing art and living as domestically as possible. Written in the hope of preventing anyone having to endure the same treatment she received, Gilman’s story The Yellow Wallpaper expresses the horrendous effects of this 'cure' and of the way her society dealt with mental illness.

Books make you consider how society is structured and which classes it favours. This can lead to shifts in attitudes once our minds have been opened by the literature we have read. Within The Great Gatsby, the perfect ideal of the American Dream is explored and exposed. The narrator Nick Carraway has stumbled into generational wealth due to the fact one of his ancestors worked through the American Civil War. The injustice of this situation makes every reader angry, especially as the reader comes to understand the tortured path that Gatsby himself has taken to try to match the wealth of those around him. The lines between fiction and reality blur in The Great Gatsby and make every reader look at society from a different angle. Although this novel is just one example, it proves books can explore a myriad of societal issues, forcing readers to consider different viewpoints and to confront their prejudices.

In the fast-paced world we live in, it is easy to get swept by stress and allow it to bog us down. Studies show that reading can reduce stress rates by 68%. Even just putting a small amount of time aside each day to read could have extremely beneficial effects on you. Your brain loves you to read. When you do so, neurological regions within your brain are activated and this tricks you into thinking you are actually living the experiences. All of this contributes towards an intense and lucid imagination. The benefits of having an increased imagination include making social interactions easier as well as enhancing your problem-solving skills.

So, what isn’t there to love about a book?