The importance of community in a cis* and straight world 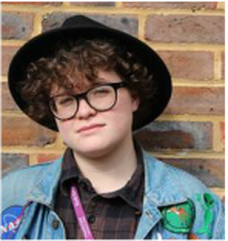 The estimates for the number of LGBTQ+ individuals in Britain are always changing, ranging from 1 to 7% of the population depending on who you ask. The number itself isn’t really important however, because we are out there, we are valid, and we exist.

Looking at many schools and colleges, including Heathfield, the fact that we exist is not always clear- and that has to change. A key element of identity is being acknowledged as who you are, and for many young LGBTQ+ people, this isn’t something available to them. Schools are limited on how and what to educate kids in terms of LGBTQ+ education, and this is due to school guidelines, the nature of the school- whether it’s a faith school or not, and unfortunately, the opinions of parents. It’s not their fault, and many teachers find this horribly limiting and frustrating, but unfortunately, it is the nature of the school system.

What this means is that we cannot always rely on schools to create spaces where we as queer people can unite, and bond over our shared experiences, and that often it is difficult for us to gain real and accurate information on gay and trans issues, like sex education, how to live in a world where we are seen as inherently other, and, for trans people especially, how to socially and physically transition.

The school is doing its best to create these spaces, and to improve LGBTQ+ education, but sometimes we don’t want to have to discuss our lives with teachers- it’s much more fun and ultimately less nerve-wracking to do it with friends. Sometimes, we must educate and mentor ourselves. Here is where the need for community comes in.

There is a small and flourishing queer community at Heathfield. It hides in the shadows, spending its lunchtimes in classrooms, talking about drag queens, its problems as a group of young LGBTQ+ people and how it can change the world for the better (and who’s buying the tickets for Pride this year). It’s beautiful, and we made it ourselves, but it’s small, and sometimes the weight of teenage homophobes and exams gets a little too heavy.
What we need is unity. We need to work to make the school a happier and more inclusive place.

A strong, inclusive community makes it easier for people to come out; it limits the power of homophobes and transphobes, and it sends a strong message to those who do not agree- that this is the way the world works now: deal with it, we are here, and we are not going away. No matter how isolated you feel, whether you are out or not, sure in your identity or not, wanting to speak out or not- there is somewhere you can go where your voice is heard.
For those who want community both in and outside of school, there are groups outside the traditional environment who will support and aid you in your exploration of identity. Allsorts is one of them- an inclusive and accepting charity that runs groups and events for youth all along the LGBTQ+ spectrum, and is open to those questioning their sexual or gender identity, and even has meetings for parents of kids who are LGBTQ+, to help them understand and educate them on the problems their child might be facing and the reality of being queer or transgender.

Our voices deserve to be heard and we deserve to be represented. Key elements of our British identity and fundamental values are acceptance and community. This does not just apply to the inclusion of different races, religions and ethnicities, it applies to queer and trans people too- a group that for too long has been disregarded and forgotten, not talked about and seen as ‘wrong’ or ‘inappropriate’. We are kids and we deserve to be recognised as who we are without the connotations of sexuality and promiscuity that are too often attached to us as a community, regardless of what parents or those in a position of power think. Our community is small, but it is growing, and it gives hope to so many. It deserves to be recognised.
So do you.


*cis is the shortened form of the word ‘cisgender’ which is a term used for anybody who identifies with the sex they were assigned at birth. It essentially means ‘not transgender’.