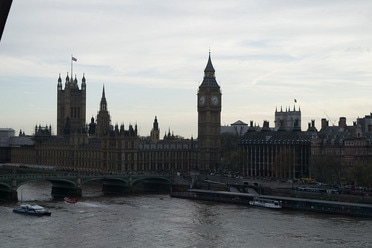 If some Conservatives have their way, then in a matter of years the regular all-inclusive comprehensive state school will be forgotten. The government who yearns for their beloved Grammar Schools to take over society, will have got what they wanted - education will be split between the privileged academic few and the ordinary disadvantaged many and there will be no space left for the brilliant mix that exists in the average comprehensive school.

If the issue is not addressed this quixotic nightmare could become a cruel reality of division for children on a daily basis. The grammar school system means testing at 11. For 75 per cent of students it isn't the 'grammar system' at all, but the 'secondary modern system', where, after 'failing' a test at 11, most students will end up going. Who needs to feel like a failure at 11? Who does that serve?

In a 2013 report from The Sutton’s Trust, they discovered that there was a poor entry into Grammar schools from “disadvantaged” children in England, less than 3% of pupils who attended these schools were entitled to free school meals, proving that despite all the arguments about 'increasing social mobility', more affluent children take many of the open places in these schools than anyone else.

Responding to a parliamentary question, later in 2015-16, another report was published by the Department of Education showing that only 2.5% of pupils who were attending a selective state-funded school were known to be eligible or receiving free school meals. Therefore, claiming that the Government wants to allow “less privileged” students into new grammar schools is a guise to secrete, cover and conceal the fact that there is yet to be equal acceptance into already existing grammar schools across the country.

​Who needs to feel like a failure at 11? Who does that serve?

Sending your child to a grammar school will not improve their social skills; it will not widen their friendship group and it will not allow them to meet different children of varying backgrounds. Sending your child, in disappointment, to the secondary modern because they have 'failed' will be even worse, both for their morale and their prospects. Either way, their social mobility will be impeded; their aspirations may be limited and their grades won't be any better than they would have been from a good comprehensive school. Labour’s Shadow Education Secretary Angela Rayner states that the Government “hide from the fact that grammar schools do not aid social mobility” demonstrating the fact that the government has no outright reason for wanting to use more money to create new grammar schools. Money that could and should be used to improve state schools that are accepting as many students as possible – regardless of their background - and doing a fantastic job with students whatever their academic ability.

Is it not wrong to specially select students? Is it not allowing a divide as a result of their background? Is it not choosing which child is better than the other? Grammar schools promote all of this. The Liberal Democrat Leader, Tim Farron said that: “Pupils of working class families are getting stuffed by this plan, yet again” and that “Rather than making every state school excellent the government want to spend more cash on another ideological experiment”.

We have always told children they can achieve whatever they aspire to, building their confidence up and allowing them to blossom. Can we continue to do this only to face the brutal reality at the end of primary school that they might not make the school they and their parents have dreamed of as they can't afford the tutoring to help them through the 11+ test or they simply can't make the grade at 11. This is not fair, this is not kind and this is not acceptable.

Luke Sibieta at the IFS says that grammars “seem to offer and opportunity to stretch the brightest pupils, but seem likely to come at the cost of increasing inequality”. Even if your child made it through the divisive selection, they can still feel unequal to their peers purely because of their interests.

Luckily, the poor result for Theresa May seems to have put the grammar school plans on the back burner. But there are always those who would like to see their own clever children taught in a rarefied atmosphere away from those less able. We need to keep reminding people that the best way for children to succeed - not just academically, but as well-rounded, well-mixed individuals - is to invest in our brilliant comprehensive schools: schools that care for everyone and work for everyone to achieve the very best that they personally can.