The singing phenomenon: why can't they just shut up? 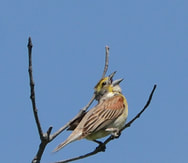 Everyone knows that one person who's convinced that they're either a pop star in the making or the human embodiemnt of a canary. No one wants ot hear it. So why can't they just shut up?

It’s not that they want to annoy you, or so you hope - it’s just that they can’t help it. They’re simply that good. They have a song for every mood, every sort of weather, every conceivable moment of the day. Anything you say could set them off. You’ll be on edge from the moment they arrive until the minute they’re out of earshot, counting down the seconds until the next singing attack.

You think it’s not so bad at first. Entertaining. Charming even. A little something that brightens the day, right? Until one day becomes two, then three, then a week, a month, four months, all filled with glorious song. By now, you’ve run out of compliments to feed them in the hope they’ll take it with a smile and shut up. ‘You sound so good,’ you might’ve said; ‘I wish I could sing like that.’ Wrong answer.

Even in the rare occurrence they actually sound half-decent (let’s be honest, a good 80% of them sound like some deranged garden bird with a megaphone), after the eighth encore, everyone within hearing range has had enough. The smiles are more forced, people begin to cough and look away, striking up that special kind of desperate conversation about what kind of shoelace you have or how many times you’ve seen a pet dog today. Yet they still sing. And you can’t tell them to stop, because that would be impolite, and what could be more impolite than trying to preserve the relative peace by asking someone shrieking at the top of their lungs to kindly shut up?

Maybe you have no idea what I’m talking about. Maybe you think your friend is an angel come to bless you with their heavenly voice. Maybe you think you’re an angel-voiced delight. If the latter is the case, I suggest you stop reading before you have to go and find some angry metal music to sing at me to truly express your frustration instead of settling for a perfectly effective, mercifully silent, old-fashioned death glare.

There are a couple of types of compulsive singer, and they tend to climb through the ranks of irritation like they’re trying to win a prize for Best Drowned Seagull Impression Of The Year. I’m not going to include that friend who occasionally hums along to their favourite song, because the chances are they only manage a couple lines before they catch themselves and laugh from embarrassment, and probably don’t open their mouth for the next week while they’re haunted by the ghost of their mistake. No, I mean the pathological singers. Let me describe a few that I’ve encountered, and see if they ring any bells.

1: The Sing-Along Psycho
Now, I am in no way discouraging a good sing-along. Who knows what kind of chaos could erupt during a Disney film or eight-hour car journals if someone didn’t hum along? No, what I am discouraging is that one person who bullies you into opening your mouth and attempting one warbling, whispered word while they spin around, belting the lyrics and remaining somehow oblivious to the looks they’re getting from passersby. You pray for the end of the song and finally it arrives, but do they stop? No. Somehow, these people know every lyric to every song and every possible way to force you to join in. And if you don’t, you end up being whinged at for weeks for being such a spoilsport, or, even worse, incurring several more encores in an attempt to find a song that somehow unlocks your inner canary and sets you free into some crazy world where you can only breathe if you’re singing along to whatever random song is drifting in from three doors down. I recommend keeping anyone who falls into this category as far away from any device capable of playing music, and, if you find yourself in a hostage situation, mouth the words and try to look like you’re not thinking about an escape route.

2: The Broadway Brute
At first, they may seem similar to the Sing-Along Psycho, but they have one key difference. These people are refined, select in their taste, only blessing you with the very finest selection of songs. I am, of course, taking about musicals. Doesn’t everyone love a musical? Don’t you spend your day waiting for the right moment to burst into a Broadway hit and soak up the applause? No? Me neither. But these people do, and it is exhausting. These songs are bigger than the faded hits the Psycho will snare you with. These ones include actions. Great sweeping gestures, melodramatic dance moves, horrifically contorted facial expressions just in case you didn’t quite know how the singer is feeling. But don’t look away. Don’t even think about looking confused or bored. Broadway Brutes will pounce on this chance to lecture you on the history of musicals, the context, the actors, and your complete uncultured incompetence in not knowing the difference between Les Miserables and whatever else they show on Broadway. Have Wikipedia at the ready if you encounter one of these singers and brush up on some of the bigger shows if you value your pride and hearing ability.

3: The Muse Maniacs
These ones are not bullies. They don’t want to drag you into their musical underworld and force feed you songs until your ears bleed. They just happen to find inspiration in everything. And I mean literally everything. After having to listen to songs about toothpaste, cupboard hinges, the answer-phone ringtone, red t-shirts, the leaf stuck on the sole of my shoe and turning the kitchen tap on, trust me when I say these people can make the most mundane of experiences into some glory-filled mantra they delight in showcasing. Their muse truly is the world itself. Luckily for the other 7.7 billion global residents, these songs are fleeting moments of self expression. You’re only cursed - I mean, blessed - with this creative genius for a minute or so, or until they’ve finished brushing their teeth, so you won’t have to suffer for long. The only way to shut these people up is to place them in some sterile cube away from anything of the slightest interest, and even then, I can’t guarantee they won’t sing about their poor, unfortunate situation. If you live with one such maniac, best to plan your routine around them and their prime muses, or just go fully nocturnal and pray they don’t sing in their sleep.

The exact reason as to why these people feel an uncontrollable urge to burst into song is still a scientific mystery. Maybe they’re fishing for compliments. Maybe they simple can’t contain their joy. Maybe there’s something wrong with their brain-to-mouth filter. By my calculations, there’s something wrong with their hearing if they haven’t realised what they really sound like by now. I can only give you advice on how to cope with these satanic sirens. Always wear earplugs. Buy yourself a slightly overweight Labrador with a little reflective vest and pretend you’re hard-of-hearing. Stop your useless posturing and false politeness and tell the maniacs to shut up. Go find a song that really connects with how they make you feel. Maybe even sing along.

Create your own unique website with customizable templates.
Photo used under Creative Commons from marknenadov
UA-121891675-1