When fear is more than just being scared 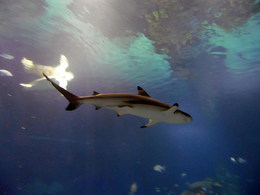 Every single person has experienced fear at some point in their lives. Yet not everyone has a phobia.
A phobia is a fear that lasts for more than six months, while having a significant impact on your everyday life. The experience can cause extreme panic or anxiety over a specific situation or object, such as heights or spiders. This can happen even if you know you are in no danger whatsoever, as there are two types of fear: rational and irrational.

The more frequent phobias are all probably ones you’ve heard of, arachnophobia, ophidiophobia and acrophobia (the fears of spiders, snakes and heights). These are all very common to have with apparently around 30.5% of the US population claiming to have arachnophobia. But if they are usually very common, what is there to worry about?

Phobias can be dangerous, significantly affecting the victim’s life and health. If left untreated or uncontrolled, just the thought of the perceived threat can cause intense symptoms such as chest pain, dizziness and nausea when in reality you are in no real danger.

To learn to overcome a phobia, it’s best to start as early as possible to not let it develop and become harder to control. For me, mine is the ocean- more specifically, what’s in the ocean. Thinking of things rationally is a good starting point. The chances of dying in a shark attack are a meagre 1 in 3,789,067, meaning statistically I am more likely to die from champagne corks, cows, falling coconuts and even hot tap water than from a shark attack. While this data is all reassuring, I still fear a shark more than a cow which leads onto the next part. Causes.

Phobias affect a lot of people and could develop from childhood to adulthood. “Specific” phobias usually are credited to a negative experience and are most likely to develop during childhood. For example, being bitten by a dog as a young child may lead to cynophobia, a fear of dogs, as you grow up. “Complex” phobias are more common for adults to develop and tend to be more associated with deep-rooted fear.
​
Going back to my fear of sharks, known as galeophobia, while I may not have had a personal close encounter with a shark itself, the way sharks are portrayed by the media as vicious human hunters, mixed with multiple regretful viewings of Jaws have let me paralysed by a virtual statistical impossibility.
Overall, phobias are important and should be respected by society and more importantly you. Ask for help if you think you are suffering from a phobia. Fear is a primal instinct to keep ourselves safe however it can control you if you don’t learn to control it. It is important to remember that almost all phobias have treatments and it is absolutely possible to put them in perspective and move forward.

Create your own unique website with customizable templates.
Photo used under Creative Commons from natalia.postawa
UA-121891675-1