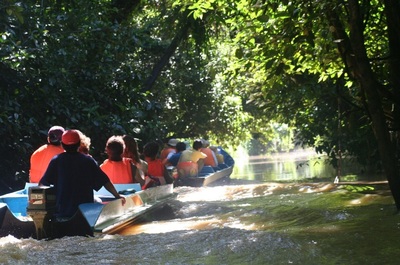 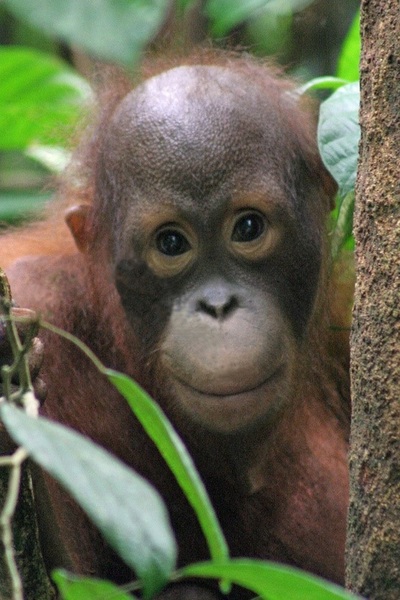 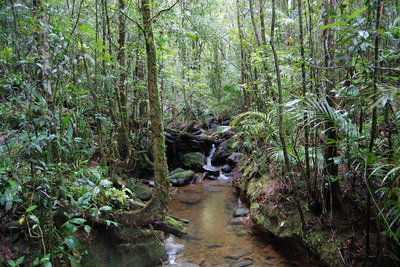 Let’s just say, I just about got back in one piece. By one piece I mean: being three seconds away from being rushed to hospital because an orangutan thought your arm was a chew toy, being poisoned to death by spiders or being eaten alive by mosquitoes, (all in all a great trip).
Now joking and near-death experiences aside, this magnificent island was one of -if not the- best adventure of my life. Borneo was unlike any other place I had visited before; it was more of a mythical land that resembled a painting from a children’s fairy tale than simply an island floating just off the coast of Southeast Asia. We travelled far and wide, high and low, across rivers, oceans and rainforests to experience all that this wonderful landscape had to offer.
We started with a tour guide name Lee. Started being the operative word here as on the second day into our trip he broke his foot in the middle of the rainforest and left myself, along with nine other very confused and quite frankly terrified Britons, stranded under the heavy canopy of towering trees with only tiny sun spots peppering the ground as light (seriously who wears sandals when you’re trekking through 3ft of mud and millipedes?)

I woke up in what felt like a dream. I stared out the window and I was floating on the clouds. Now situated in a tiny log cabin with the mammoth of Mt.Kinabalu towering over, it felt like I had been transported to another world. Feeling closer to moon than we were to the ocean, the difference in temperature was astronomical. Once you descended down from your treehouse room, beneath the thick blanket of cloud was civilisation. All the cabins were interlinked by sheltered walkways which all connected to the main treehouse which housed the restaurant and reception; it felt more like you were an orangutan swinging from tree to tree when visiting a neighbouring cabin.
About a week later into our trip I found myself sitting on what could have been quite simply one of the worst boat journeys I think I had ever been on. The boat (if you could even call it that) was essentially a wooden shell with a motor duct-taped to the back of it, carrying my group as we adventured across to ‘Survivor Island’. By this point I thought that was it. I was a goner. A one-way ticket to me knocking on death’s door (or joining Lee in hospital), because anywhere titled ‘Survivor Island’ surely cannot be a tropical escape to paradise. Oh but how wrong I was.

The white-golden sanded beach looked untouched as the water licked its edge; the tranquillity of this place was surreal. The only thing I had to worry about surviving here was saying goodbye. It wasn’t long before I found myself once again on a boat; this time however it was dusk and we were trundling down the river with only torchlight as a beacon. A small platoon of log boats stopped around 40 yards away from a steep river bank. We watched and waited (for what yet we didn’t know) until suddenly a small trunk broke the water’s surface. Before long a tiny herd of elephants poked their heads up and made their way up the bank’s edge, a mother helping her newborn find its feet for the first time, whilst myself, along with what used to be the nine other confused and terrified Britons, sat in complete silence, amazement and awe.

​Then as the sun began to rise, the mist once again blanketed the mountains, and the elephants plodded off into the early hours of tomorrow, I said my final goodbye to Borneo.