Local MP Huw Merriman surprised Heathfield Politics classes with some unexpectedly liberal views in his visit to the college last month. After a short speech, the floor was opened up to questions from students, apparently revealing quite a different man from the one who campaigned during the General Election.

Politics students felt that Merriman struck a radically different note from what was seen at the hustings or his appearances in which he was trying to appeal to his wider-based audience. His answers to the questions were strikingly liberal and almost mirrored the views of the students.

The new MP told us that he hoped he could give a fresh-faced and truthful account of his beliefs, showing his discontent at the way most politicians dodge questions so blatantly. The best example of his unexpectedly liberal message was when someone asked about his position on the legalisation of marijuana. He revealed that he was in favour of it being legalised and even made a reference to his University days saying, “The smell was around a lot” seemingly suggesting that he was aware that student drug-taking is part of reality and not a sign of instant criminality. This seemed to be something that he would be much less likely to say in front of his main demographic of middle-aged, middle-class white people.

It’s no bad thing to try to appeal to your audience- you'd be hard-tasked to find a politician who doesn't dodge questions and change their message for different audiences- but Mr Merriman’s candour and desire to connect with young people was still a surprise.
What impressed us most, though, without a doubt, was that he’d bothered to come and talk to us at all. It was said that we’d see a lot more of Merriman so we’ll look forward to seeing that and to analysing what he has to say to us next time round. 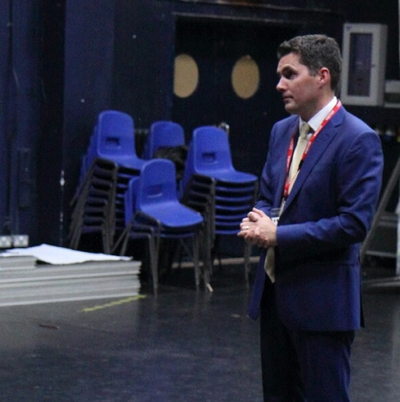 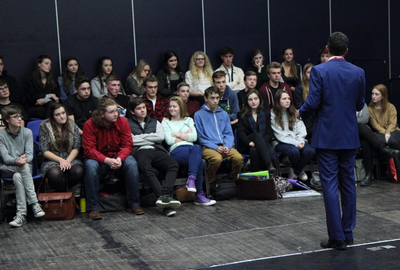