Desperate and denied a welcome: the awful plight of the modern refugee 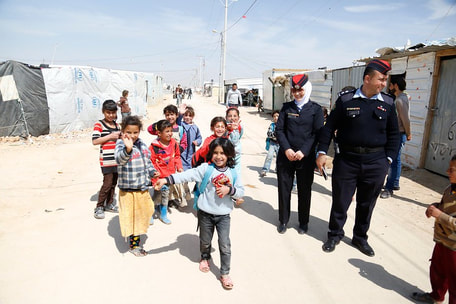 The world is seeing the largest movement of refugees since the Holocaust. Millions of people are fleeing their homes, leaving their friends and family, spending all their savings to endanger their lives by climbing on leaky inflatable boats. These people may be surgeons and lawyers and teachers, but they come to terrifyingly new places to work as cleaners instead. No one risks death on a dinghy for nothing. No one comes to a country where they will constantly be labelled as scroungers if they can be safe at home.

The need for people to flee their homes to escape war or oppression has been a problem since record-keeping began. The Siege of Lachish in 701BC by the Assyrian army was documented in the Bible and in a series of stone reliefs in the British Museum. The residents of the city of Lachish were forced out, many as prisoners, and are seen by modern historians as refugees.

Our view on refugees now is radically different to how we view historical refugees, for example those fleeing the Holocaust, which was the last time we saw such a number of people being forced out of their homes by cruel governments and intolerance. Holocaust victims are seen as just that: victims of a horrific regime. Syrian refugees, and all the others fleeing brutal conflict or crippling poverty, on the other hand, are often seen as burdens on countries who must take them in. Angela Merkel’s acceptance of refugees has toppled her popularity and attracted widespread criticism.

Perhaps it is partly because refugees are far too frequently seen to be intrinsically tied up with terrorism. The refugees who make the news are those who have become involved in ISIS or other terrorist groups, not the ones who come to the UK, claim asylum, and live quietly. As always, the refugees who work hard to give back to the country that took them in have no place in the news, making it look like refugees are all suicide bombers. Just because the tiny minority of radicalised individuals are the ones who make the news. In fact, the Council of Europe reported that it is often the treatment of Europe towards child refugees (who make up 30% of all refugees, a quarter of whom are unaccompanied) which increases the risk of radicalisation. There are reports of sexual harassment in Greek detention camps and the conditions in refugee camps the world over are horrific. Anyone in an environment like that will be vulnerable to someone promising them that they can have something better, or that those denying them a fair chance deserve to be punished.

Maybe our 24/7 access to violence through new sites and social media has desensitised us to suffering. The constant videos of slaughter, bloodshed, and agony have perhaps rendered us unable to empathise with people who were on the other side of the camera. Who hasn’t seen photos of unimaginable cruelty and horrific acts in Syria? The sheer volume of brutality that we see means that it just washes over us or, perhaps more worryingly, we consciously choose to block it out, to the detriment of the people affected. Maybe we think that, because we’ve watched a video or two about the Syrian conflict, we understand their suffering so we don’t feel the pull to help in any possible way that we should.

Of course, the biggest group of people opposing the entrance of refugees is the far-right. The world is seeing a surge in these racist and xenophobic ideologies: Marine Le Pen in France, Donald Trump in the US, UKIP advisor Tommy Robinson in the UK. The far-right fears anyone different to them in any way, and channels this into violent hatred. Donald Trump, for example, uses derogatory language to degrade anyone who is not like him, calling the US a “dumping ground” for taking in so many asylum-seekers. These leaders have the popular vote of people who feel exhausted by traditional politics, believing that these leaders are honest and speak their minds, and so anything they say is adopted as an acceptable opinion by thousands all over the country.

People also seem to fear some kind of ‘cultural dilution’, where their values are somehow erased by a few thousand people from a different country entering. This is an enduring view, especially amongst far-right supporters. There seems to be a misconception that our country, which so many of these far-right ideologies claim to protect, grew up instantaneously and has had no migration to shape its language, culture, and customs. They believe that it is only in recent years that we have had people from different countries arriving and setting up home here. Yet, no person in the UK can truly lay claim to that hallowed word: British. Are you descended from the Normans? French. The Romans? Italian. Even back to the Iron Age, the Belgic tribes originated from Germany. The US is no different. The true Americans are Native Americans, but white “Americans” (mostly settlers originating from England, The Netherlands, Sweden, and other areas of Europe) murdered many of them and confined others to reservations. If our cultures have been born out of constant change and inter-mixing of different nationalities, why should a relatively small number of refugees, compared to the population we already have, cause any issue?

Some of the children setting off in boats to escape the horrors and atrocities committed in what was once their home, have endured more by the age of 10 than most of the people crying out for them to be sent back to Syria will in their whole lives. There is a cognitive dissonance and selfishness; so easily could the positions have been reversed and it could be any one of us begging for a safe place to live to escape the bombs. After the way we treat refugees now, would it be any wonder if they turned us away?