Court between the EU and a hard place 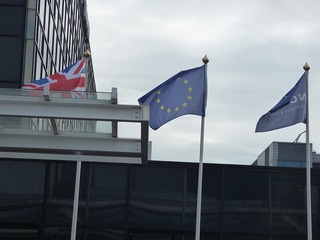 On Tuesday 24 January, the president of the UK Supreme Court, Lord Neuberger, addressed a congregation of the press about the recent verdict of the Supreme Court on the subject of Brexit. Putting on his most professional voice, he disclosed that the Supreme Court judges, on a margin of 8:3 had ruled that Parliament must give the go ahead to trigger Article 50 of the 2007 Lisbon Treaty with an Act of Parliament, and that it would be a breach of the law for the government to trigger the all-important EU-leaving article alone.

Soon after, Secretary of State for exiting the EU David Davies made a speech in the House of Commons, saying he would release a brief and simple bill outlining EU exit. Only days later, this first bill made it through the Commons, with support from the majority of Labour MPs as well as all but one of the Conservatives.

What does it all mean though? The kerfuffle in the courts began on November 2016, when entrepreneur and philanthropist Gina Miller brought forward a court case against the UK government, as she was concerned about whether it was legal for the government to trigger Article 50. She believed that there was enough evidence for Parliament to make the final decision on whether or not to leave, meaning that every MP in the nation would have the say on the matter, rather than a handful of government ministers. Before the vote, only 30% of Parliament were in favour of leaving the EU, so there was some hope or fear (depending on whose side you were on) that this might kill Brexit forever.

The initial verdict led to outrage amongst members of the general public, and most significantly the writers of the UK tabloid press, claiming that the judges were “Enemies of the People” as one eloquent intellectual writing for the Daily Mail put it. Their outrage was due to the implications that the Judges were subverting the “will of the people”, as they were conforming to ancient irrelevant principles, such as the idea that we are ruled by Parliament and not a tyrannical King, over the modern day will of the Great British public.

There are eleven Supreme Court judges, and an odd number sit on a case, with a different number depending on the significance of the case. So, when the rarity of eleven judges sitting on anything occurs, you get the impression that this appeal was kind of a big deal. Their decision, that Parliament must have a say, is a landmark case in constitutional law imprinting a reminder in this key time of political change that the UK lives under parliamentary sovereignty of elected MPs, not simply the whim of a government based on the party with the most seats.

We must remember that there are three principles to the rule of law in the UK: everyone is equal under the law, general principles of law should be determined by judges (rather than parliament) and everyone has a right to a free and fair trial. These principles occur in various forms throughout the Supreme Court ruling, and it is a reminder of how we have built this country, all throughout our early modern history, on the basis of the civil rights of individuals and a supreme law that commands us all, rather than individual rulers. When people make suggestions that the actions of our rulers should overcome the rule of law, even if it is based on implied wishes of the public, it should worry us.

In practice, the Supreme Court ruling has made little difference to Brexit. At the end of January, most MPs claimed they must let ‘democracy’ have its course and follow the view of the referendum result, but both Labour and the SNP are keen to push for amendments that may define the terms of Brexit or force a further vote when the full terms are known.
​
Theresa May’s has set a deadline of 31 March for triggering Brexit. Who knows what other significant political issues may take precedent over the Bill’s passage through Parliament, such as the radical, and blatantly bigoted, political moves from America’s new president. Personally, I’m hoping the bill will be given royal assent on April 1st, causing confused historians in the 23rd century to ponder whether Brexit was just an April fool’s joke all along…