Could the dreaded 'Beast from the East' strike Britain again? 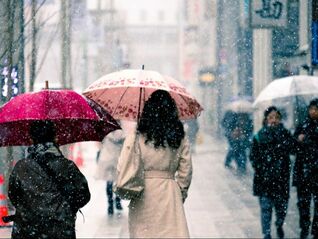 We’ve just emerged from the warmest February on record, but it was a very difference picture this time last year. The Beast from the East took Britain by storm last February, plunging the country feet-deep in snow and resulting in Heathfield Community College being closed for a week. It brought transport to a standstill, froze water nationwide and almost destroyed all signs of new life.

What caused the Beast from the East?

To understand the Beast from the East, we need to know what caused it. In short, it was global warming and climate change. The Northern Polar jet stream made an unexpected turn south (meteorologists believe this was caused by climate change), causing a lot of polar air to end up in the UK. The North Atlantic jet stream, which brings warm air to the UK, would usually have warmed the cold air coming from the east. However, the jet stream had mysteriously disappeared the week before.

This sudden warming in the Arctic weakened the jet stream, which resulted in the UK having lots of freezing cold air from Scandinavia coming in. This caused the nationwide snow and ice.

The impact on wildlife

At the end of February last year, signs of spring were showing. Bees were out, birds were starting to find a mate and nest, frogspawn was all over the place and lots of flowers and shrubs were growing. Then the snow came. Suddenly, there were many fewer sightings of new life: all the signs of spring were covered in snow. Some people sighted fieldfares and redwings sheltering in gardens in towns and cities, a rare treat for most that live in urban areas. Frogspawn was freezing and dying.

However, when the snow finally thawed, life bounced back. It was as if everything had just been paused, and the thawing was like hitting resume. That being said, there were a few species affected badly. Lots of frogspawn died, which was damaging for their populations as frogs can only produce one set of frogspawn a season. Some bird species, such as owls, were terribly affected by the late spring, and suffered their worst breeding year for decades.

This is a tricky weather prediction to make, because there are so many unpredictable factors involved. However, what is certain is that many of this year’s headlines predicting another ‘Beast from the East’ are incorrect. Since last autumn, forecasts have been suggesting a repeat of last year’s unusual event - and even now, in mid February, snow has hit Britain, and it is being reported as ‘the Beast from the East hits a month early’. The snow we’ve just had is certainly not a Beast from the East. It was merely a spot of low pressure gliding in from the Atlantic, which is a common enough occurrence - there was no stratospheric warming involved.

Another Beast from the East is definitely a possibility. Just be aware that forecasts predicting a similar event should mention stratospheric warming rather than just an area of low pressure coming in from the Atlantic.