New Year's Resolutions - the good,
​the bad and the ugly 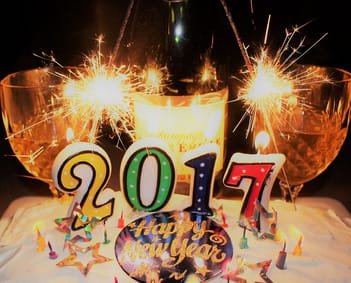 As 2016 draws to close, it can leave many of us reflecting back on this year and looking forward to a new year and a fresh start. To many of us the prospect of a do over or clean slate is exciting and motivational. But for some finding the inspiration to try new things and end bad habits can be a challenge in itself. Studies show that 80% of new year’s resolutions fail by February as people just can’t stick to the targets they have set themselves on January 1st. I admit, I am amongst many of us who lie in that 80% who just can’t seem to keep that promise we made. So why is that? Why do the majority of us spend the time to create new year’s resolutions but slip back to similar ways after just 30 days or even less has passed?

According to psychologists there are number of reasons why New Year’s Resolutions fail:
People set themselves targets that are unrealistic. For example dieting is the most popular new year’s resolution but to put down your fourth share bag of Magic Stars and pick up an apple and blend a hideously green vegetable into some kind of drinkable liquid doesn’t sound appealing merely because it is such a drastic change. Whereas having one share bag of your favourite chocolate alongside fruit and veg seems more achievable. Making resolutions that are realistic will be more likely to motivate you, rather than simply overwhelm you.

As Christmas approaches the last thing we are thinking about are resolutions for next year when we are surrounded by mince pies and gingerbread lattes, so many people leave their resolutions to the last minute. This means we often make hasty decisions on December 31st, and create a new years resolution for the sake of it. The targets being set in this impulsive way are often not considered and not actually something we genuinely want to achieve. Therefore, when January starts we don’t feel motivated to stick to them.

Another reason New Year’s Resolutions fail is that people don’t have the right mind set. Many people struggle to feel positive about new targets if they are currently unconfident with themselves, what I mean by this is that if you are in a negative headspace you will find it harder to be excited and motivated by the idea of change. But choosing a target you are genuinely inspired by can help to approach it with positivity. Who knows? Maybe setting a simple yet intriguing new years resolution for yourself will help pull you into a healthier mindset.

So what can we do to change this pattern of failing? Here is a list of tips that I am going to try to help myself set some achievable goals so that I can make my 2017 as productive as possible. Why don’t you too? Let’s not be in that 80% next year!​
By Lizzie Fitton
Powered by

Create your own unique website with customizable templates.
Photo used under Creative Commons from frankieleon
UA-121891675-1