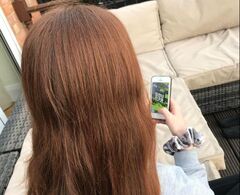 Laurel Hart grieves for the unexpected end of her school career - and of normality as she knew it...

I am playing Animal Crossing while the world ends. This is not an uncommon statement among my peer group. Following the release of their latest game, New Horizons, more and more people are turning to tiny friendly digital animals for temporary escapism from what’s going on around us. The people who surround me are criticising themselves for being “lazy”, for being “unproductive”, for failing to get enough work done and instead staring at their phones, feeling numb, walking around the house in silence, playing Animal Crossing. But in truth, we have not become a lazier nation - we are collectively grieving the loss of all we have known.

Without a moment to process the loss, we were told to pack up and abandon our whole school lives, but - initially at least - to continue working as hard as we had been previously. And while many students have been throwing themselves into their work to distract them from the sheer insanity of this situation, it’s not uncommon to be feeling unmotivated and numb at a time like this. Personally, I am now addicted to walking in circles around every room in my house, taking it in, making sure to cherish the tiniest details. The time I am allowed to spend inside my house now will be missed when, in a few months' time, I will be moving to a brand new city to start university. I cannot explain this in an email to my teachers in response to a cheery “how are you coping?” when I don’t know if I’m coping or not - all I can say is, I’m tracing the patterns of the wood on my desk over and over, watching dust settle on the windowsill, mapping out the shape of the moth-eaten hole in the wool carpet. I’m holding on to my home before I lose it, just like I have lost everything else.

I’ve noticed that I am feeling similarly to how I felt last year after the death of a close family member. It’s as though time has stopped - I have no identity, no body, I am a numb vessel for my grief. Going outside to take care of my garden is keeping me tethered to the earth; the act of caring for something and loving something is the most sacred act, after all. A large portion of the advice on staying sane during quarantine suggests something similar, like growing seeds or buying a houseplant, to replace your sense of purpose, but I am skeptical of anyone who can give advice to anyone else during a global pandemic. Surely they must be terrified too? Surely now even the Instagram lifestyle influencers are crying themselves to sleep like the rest of us?
And that’s another thing - there is no leadership when nobody knows what to do, and the prime minister and half of parliament are dropping like flies with Covid-19. There is little room for productivity in a grieving mind. The expectation of any academic productivity at all during a global health crisis is almost as ridiculous as the situation itself.

At the end of the day, I am a writer living through a major historical event. I am supposed to be recording history as it happens around me, making sense of the tragedy and fear and transforming it into the next great 21st century masterpiece - I'm going to be studying Creative Writing at university after all. But instead, I am playing Animal Crossing. This is okay. If you, like me, are paralysed with fear at the moment, it’s perfectly fine to suspend your life for a little while and make baby steps towards healing. Don’t listen to the “quarantine wellbeing checklists” of the Instagram influencers - if the biggest thing you did today was get out of bed, celebrate that victory. It takes a lot of guts to face a world like this one.

I am not going to end this with a message of certainty for the future because I don’t know what’s going on, and nobody does. All there is left to say is that the ways people process trauma are all different, and nobody - teacher or student - should be labelled as unproductive for taking time to recover. The guilt we feel for taking care of ourselves is unjustified. At a time like this, it’s hard to stay afloat. But you’re doing just fine.
I promise.
Keep going.