May your Christmas be merry and bright 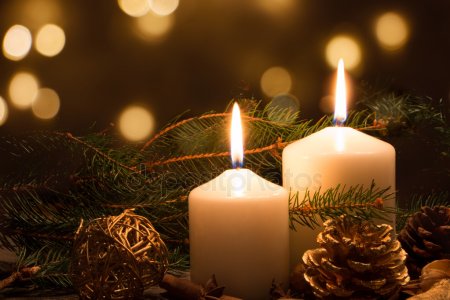 It was Christmas Eve and the Brown family home was very busy. Mrs Brown was in the kitchen peeling the sprouts in preparation for the big day that was full of happiness, joy, fun but above all stress. Mr Brown was upstairs attempting to wrap his wife’s present with much difficulty. She had commented a few days before about how there was no present under the tree from her husband and he knew that if there was no present for her on Christmas Day then she probably wouldn’t speak to him until next Christmas.
Jack, their eldest child, who was 15, spent most, if not all of his time on his phone. His parents had tried everything, they even bribed him with money and, although he considered this offer, he just went back to staring at the glow of the tiny phone screen. Mrs Brown had been very concerned when one day she decided to look up, what do 15 year old boys do on their phones? She had scrolled through for hours and hours and eventually come to the conclusion that he must be texting, taking selfies and playing games. When she had told Mr Brown he had just laughed and said, “If you are so worried about it then take his phone away.” Mrs Brown thought that for once her husband was right,, so with much effort she had tried to take Jack’s phone away from him. We all know how that one ended. Not good.
Then there is Annabel. Annabel is 7 and, according to Jack, is an annoying little worm but nobody else thinks that. Just him. Annabel is very energetic and is always running around the house. She can get on everyone’s nerves sometimes but that is just because she is so enthusiastic all the time. At that moment in time Jack and Annabel were having a heated debate over what Christmas film they would watch but their parents had given up on trying to stop them. So there you go, that is your typical family looking forward to a typical family Christmas.

It was 8:30 pm on Christmas Eve night and Mr and Mrs Brown were trying to deal with the tricky task of getting the children to bed. Jack was insisting that he should be allowed to stay up late because he was 15 and nearly an adult but both parents knew that if they let him stay up then they would have to let Annabel stay up. Annabel, like most children, got up at the crack of dawn and therefore needed some proper sleep. They had to say no to Jack and he wasn’t happy about that. But finally, they could relax and settle down to a good night’s sleep. It was the night before Christmas, when all through the house not a creature was stirring. Not even a mouse.

Sooner than you might imagine it was Christmas morning and for once Jack actually pleasantly greeted everyone, including Annabel. It was a Christmas miracle. The other good thing was that Annabel hadn’t woken up as early as she usually did. This Christmas she had woken up at 5:30 am, whereas she usually woke up at 4:00 am, so that was the other Christmas miracle. Jack, his Mum and his Dad all came down at 7:30 am to find Annabel sat there ready with her first present in her hand.
“Morning Mummy, Daddy and Jack. Can we open presents now?” she said with an excited tone to her voice.
“I just need to go and make me and your Daddy a cup of tea, sweetheart, and then you can open you presents,” Mrs Brown replied very quickly, making her way into the kitchen before anything else could be said.
“I will go and help your Mummy, Annabel, we’ll be quick.”
Although Mr Brown had tried, he wasn’t going to get out of it that easily.
“I have been waiting for ages Daddy and the clock has gone round twice so it must be a long time,” replied Annabel before Mr Brown could reach the door.
“I promise we will be quick,” he replied and practically ran to the kitchen. They had spoken the truth as they were back out of the kitchen a few seconds later and the present unwrapping had begun.
Everyone had seemed pretty pleased with their presents, apart from Jack who had received a board game from his parents and had given up guessing what it could be so decided to look it up. Annabel had been given a Barbie doll and was pretty happy playing with it for the rest of the morning. Jack and Annabel were sent upstairs to get dressed and ready for the day ahead and Mrs Brown was downstairs clearing up the wrapping paper. She smiled thought to herself that this year’s Christmas was going to be perfect.

It was around lunch time and all the guests had arrived. There were the parents of Mr Brown and the parents of Mrs Brown and all of their siblings. Mr Brown had a brother and a sister. His sibling's partners were there as well with their children. His brother had two children. There was a boy named Sam and a girl named Tallulah. His sister had three children. A girl named Isabel, a boy named Charlie and another boy named Timothy. Then there was the siblings of Mrs Brown. Mrs Brown had a sister and twin brothers. Their partners were there with their children as well. Her sister had four children. A girl named Alice, another girl named Evangeline, a boy named Zachary and finally another boy named Thomas. The first of her twin brothers had two children. A boy named Luke and a girl named Sophia. Her other twin brother had three children. Twin boys, the first named Finley and the second named Josh. They also had a little girl named Posy. It was lucky that they had a big house because they had sixteen adults and sixteen children. Christmas had begun.

Everything was going smoothly. The turkey was in the oven, all of the trimmings were prepared and the sixpence was in the Christmas pudding. Everyone was in the living room playing charades and having an amazing time. The adults were admiring the Christmas tree and for once Jack wasn’t on his phone. They were all coming together and that was why Mrs Brown liked Christmas so much. Nobody was arguing and everyone was being lovely towards everyone else. Mrs Brown had been talking to her sister when she decided to go and check on the turkey. “It will be done in about an hour everyone,” she called through from the kitchen. About five minutes later she was back in the living room and they were all playing the original Monopoly and listening to Christmas music through Jack’s new speakers. They were all having such a wonderful, enjoyable time when suddenly, the power went off.

They sat in the dark for about two minutes before someone decided to take action. Jack stood up and made sure that everyone could see him. Just!
“Don’t panic. There has clearly been a power cut and so what we need to do is go around the house and all find at least one source of light each that takes batteries. We can’t rely on the power or any electricals so torches and candles are the only thing we have. We must all split up and search around the house. Meet back here in five minutes' time. Adults you take downstairs and we kids will take upstairs. Off we go.”
Everyone was shocked at the maturity of Jack, especially his parents. Everyone usually saw him as the one who would just sit back on the side and rely on everyone else to sort things out. Mr and Mrs Brown were very proud of Jack and finally saw the responsible, reliable side of Jack that they had been wanting to see for ages.

Five minutes passed and everyone arrived back with some source of light. The adults lit all of the candles and the children turned on all of the torches. Jack decided to get his board game from his bedroom and they all played. It was a scene that would melt your heart if you peered through the window. Everyone sat there with the glow of a candle or a torch on their faces. Everyone laughing and smiling. A proper family could be seen right there.

Some time later, just as they were packing up the board game, Annabel peered out of the window and saw that it had begun to snow. She couldn’t contain her excitement and shouted, “SNOW!”
They all peered outside and a twinkle was in everybody’s eye . Even Jack’s. Just as they were going outside, as if it had never left them the power burst back on. Dinner was finally cooked and everyone loved it. After they had eaten they all pulled on their boots, hats, scarves, coats and gloves. Everyone was soon outside playing in the beautiful, thick white carpet and making snowmen. It had been their perfect Christmas after all.