What is personal identity; what makes us who we are? 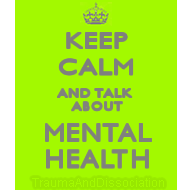 What made you who you are today? Are you the same person today as you were yesterday, or as you will be tomorrow? What constitutes your 'personal identity'?

It's common to think of a person as staying as the same person throughout the course of their life. Say, for example, we’re talking about myself. I believe I’m the same person as the baby that my mum and dad brought home for the first time in 2004. I’m the same kid whose lip got ran over by a bicycle stabiliser when I fell over at the bus stop when I was six – I have the scar to prove it! And there is an elderly woman in the future who is still going to be me, even though she’ll look and be older. You probably think of yourself in the same way: that you’ll continue being the same person from birth to death.

But it could be argued that the only thing that really remains constant about you throughout your whole life is your name - and for some of us, even that changes. Philosophers have struggled with the concept of a ‘personal identity’ for a long time, in an attempt to find that that essential property that makes you, you. The thing that preserves your identity through time, and all the changes that come with it.

There are a few key theories about personal identity; one is the ‘body theory’. This is essentially the default position that most people have, and it states that ‘personal identity persists over time because you remain in the same body from birth to death’. Now, in a sense that is true: I don’t personally know anyone who, like something from Freaky Friday, has had some form of body transplant - and the chances are you don’t either. But, at the same time, you aren’t made up of the same, identical stuff that you consisted of when you were born. You’ve replaced your outer layer of skin, for example, hundreds of times so far. Your red blood cells only live for roughly four months before they’re cycled out. Even your skeleton is constantly being remodelled. You are constantly being replaced by new physical versions of yourself. And if you are your body, then how much of you can change before you become a new you? Can you get a haircut? What if you lose or gain a lot of weight? Or grow a beard?

The English moral philosopher Bernard Williams proposed a thought experiment designed to make people consider where they thought their personal identity resided. Imagine this: you and I have been kidnapped by a mad scientist. He tells us that tomorrow he is going to transfer all your mental content – all your beliefs, memories and personality – into my brain. And then he is going to move all my mental content into your brain. But he also tells us that, after the procedure is complete, and your mind is in my body and my mind is in yours, he will give one of the bodies £1 million and the other body will be tortured. And he decides to let you pick which body gets the torture and which one gets the money. What do you decide? Your answer should give you a clue about where you think your identity lies: in your mind, or in your body.

Another belief is that the thing that makes you, you is the non-physical stuff - for example, your consciousness. We don’t, however, maintain a single consciousness over the course of our entire lives. When we go to sleep, our conscious selves remember who we were the day before. This is ‘memory theory’, which proposes that personal identity persists over time as you retain memories of yourself at different points in your life, and each of those memories is connected to one before it. Now, you don’t remember every single moment - like what you had for dinner three weeks ago - but you can probably recall a time when you did remember that, say, three weeks ago. And if you can remember that version of yourself, then you are still connected to the ‘three weeks ago at dinner’ person, through a chain of memory. If you can remember back to your first day of primary school, you maintain a memory link to that person. Sure, your parents may remember that day too, but nobody remembers it from the inside, with the details like the butterflies in your stomach. That’s your memory, and since it is yours, you must be the same person who experienced that memory.

The memory theory does make a lot of sense, but there are a few questionable aspects of it. Nobody remembers being born, right? I’m sure nobody would want to, but if personal identity requires a memory, then none of us became who we are today until the moment remembered in the first memory that we have of ourselves. This would mean we all lost a couple of years at the beginning of our lives - and we weren’t born with our identity. If a person forgets their memories - for example, if they have dementia, or a form of amnesia - do they stop being that person? In this way, the theory presents problems for both the beginning and end of life. There is also the issue of false memories: how do we know the memories we have are accurate? And if they aren’t ‘real’ memories, if things did not happen the way you remember (though the concept of perspective presents its own problems), then how do those faulty memories influence your identity? Do they make you a partly fictional person?

The fact is, we’ve all built our lives and our society on the expectations that individuals will continue to be the same individuals throughout their lives. So where does identity your lie: in your body, or in the connected memories of your consciousness? It’s a question that has occupied people for years.

So what do you think makes you, you?

Create your own unique website with customizable templates.
Photo used under Creative Commons from TraumaAndDissociation
UA-121891675-1