Mr Powell: "Education is in my blood." 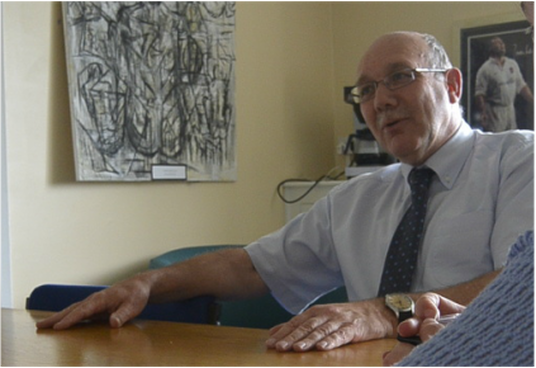 When asked for three words to sum up the school he is about to leave after 11 years of successful headship, Mr Powell chose three that say a lot about his priorities in education: “Culture, community and success”. It is quickly clear that even though he is leaving the school, his passion and enthusiasm for education and for ensuring the brightest possible future for the greatest number of children remains undimmed.

“The top priority of schools should be the wellbeing and success of students. Everything the school does should take into account what’s best for the students,” he explained, and it’s evident that these beliefs are at the core of his thinking and his success as a head teacher.

Although Mr Powell is certain that it’s the right time in his life to move on, he will evidently miss the teachers and the students hugely. “Part of waking up in September after my summer holiday and not coming here is going to feel very strange,” he said. It will certainly be strange for both him and the students coming back in September not seeing Mr Powell as the head of the school. However, he thinks that it is not only the right time for him to leave personally but also for the school to have a new head teacher to take it into the future.

Though it may be hard to believe, Mr Powell hasn’t been a head teacher all his life and had to work his way to the top; at the start of his career things were very different to how they are now. “My career started in London and then I worked in Kent for many years with high schools rather than grammar schools and did a lot of trouble shooting at the time. I was one of the so-called super-heads and I was seconded out twice – these were all to schools in what they call challenging circumstances, so a lot of deprivation, but as I was approaching (he coughs) 50 that decision about a career change, and I just thought I’d like to do something different, which is what brought me to Heathfield.”

The way in which Mr Powell has seen schools change over his career isn’t just due to the type of school that he worked at, but also to how things have changed over time. When he started teaching there was no national curriculum and teachers didn’t have much accountability for the success of their students. However, now, Mr Powell points out, things are very different. Not only in terms of those things, but shifting ideas about how GCSEs and A levels should be. “The governments interfere a lot with what’s going on in education and I think it would be wonderful if they could stand back and say education is too important to play politics with,” he told The Vine.

As for his most shocking memory, Mr Powell can laugh about it in retrospect. One day in the distant past at Heathfield, he was supervising a pupil in his office after an incident involving a number of boys. Back when this incident occurred, the layout and features of the school were slightly different, and his office had windows that could open completely out. This is crucial to the story. Mr Powell, still in his office, turned around to get something, only to find “the student had jumped up, clambered out of the window and was running away!”

Mr Powell also admitted to a slightly more shameful memory with another teacher, who was renowned for putting on exceptional quizzes in assemblies. For his leaving assembly, Mr Powell told us how he brought along his own quiz as a goodbye for the ‘quizmaster’. As he explains it, it was “one of these strange ones where it was like where are panama hats from? Well not Panama. And how long was the Hundred Years War? Well it’s a lot more than a hundred years.” At the end of the assembly, Mr Powell was told he had managed to undermine the other teacher’s entire reputation and all the quizzes he’d ever done in the space of one assembly. Luckily, he was able to see the funny side in it all!

Having been in the school for many years, Mr Powell has accomplished a range of achievements and moments that would have made anyone proud. He emphasises the fact that whilst it isn’t just about results, something he can look back on and be immensely proud of is that with the exception of just one year, results have continuously improved every year, meaning that Heathfield is now in the top 20% for attainment. But, what he’s most proud of is the culture of the college, “What I see here at Heathfield is a real community with young people who want to come to school, want to learn and engage in that learning. The picture I have of the future is of the students going on to be excellent citizens.”

Thinking back to the recent year 13 ball, he reflects on how one of the students expressed their shock and pride about the fact that they were actually going to university. “And when you see that happen it makes you incredibly proud to be part of an institution where people are feeling that,” he says, clearly delighted.  His pride in the college is obvious, and he says that visitors will invariably remark on how fantastic the students are and how much they want to learn.

It would be difficult to find somebody without regrets, but Mr Powell has only one, and that is that the school he believes to be outstanding hasn’t yet received the same ranking from OFSTED. The entire school has been concentrating so hard on achieving this badge and there is a real disappointment that it hasn’t been reached. But in such a great school, he struggles to focus on this disappointment for too long, and turns it around by finishing on the fact that yes there are regrets, but all the memories have been happy.

As for his favourite interactions with students, his answer was almost immediate, saying “What I really liked with the students is that I could walk down the corridor and there may be a few students there, and I can stop and chat with them. It’s very rare that anyone will see me and think ‘Oh, that’s my head teacher I don’t want to talk to him’ so I always enjoy that.” He continues to display his love for that relationship, describing it as “Almost friendship really, as my role and responsibility with the school is key around that relationship, and I really enjoy that.” Of course, there is always a flip side to everything, and, with a touch more sadness, he goes on to say that “sometimes if they haven’t quite achieved, like on results days, if I see someone open that envelope and then break into tears, that’s a very sad moment. And you feel for them because they haven’t quite got there.”

The Vine asked Mr Powell if he had any tips for his successor. As a very experienced individual in education, who frequently works and advises many new head teachers, Mr Powell suggested that one of his mantras is to put the students first and always do what’s best for them, knowing that there is always the potential that not everyone will be happy. But he also said: “You need to take some quality time out for yourself sometimes, so you can see the wood for the trees and to clarify your thinking, and not feel guilty about it.” Mr Powell also spoke from experience to suggest that any head teacher should always have a strong network of people they can trust, because potentially, it can be a lonely job.

Although retiring from the head teacher position at Heathfield Mr Powell is not retreating entirely from education. “I think education is in my blood really,” he explained.

Mr Powell will now be working just two days a week in other schools to share the experience that he’s gained during his years in education. This is something that Mr Powell has already done previously in Kent and over the past couple of years. This choice will always keep him involved in education without the full 5 day weekly commitment and the long days which come with it.

Being a person who has always loved football, rugby, and coaching tennis, Mr Powell, with all his new time to spare, is hoping to continue sports into his retirement by playing golf, a sport he feels he will really enjoy. Another exciting way he wishes to spend his retirement is to travel and go to places that he’s never had the chance to previously.

“I’ve also promised my wife I will learn to love gardening. I’m not great at gardening,” he smiles.

As we say a final goodbye to Mr Powell, he leaves us with some valuable advice for the future:

“The message I try to put across in assemblies is to treat others as you would want to be treated yourself; hard work pays off in the end. It’s great if you can do something straight away but it doesn’t always work like that. Persevere and follow your dreams; be ambitious and aim high; you can go on and be successful. If you can believe you can do it - you can do it. Success doesn’t come easily.” 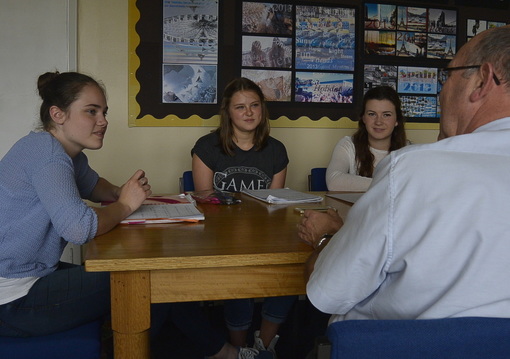