Poison in society: toxic ideas we live by 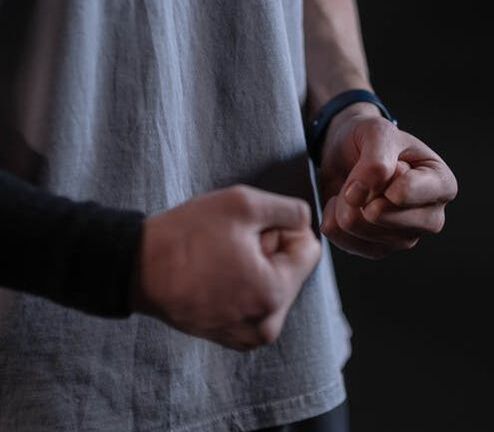 Amelie Reeves discusses toxic masculinity and femininity: what are they and how can we fight against them?

What should a man be? Tough, muscular and stoic, right?

Well, that’s what society tells them to be. But this narrow-minded view stems from a patriarchal society - one that prohibits men from showing any characteristics associated with vulnerability. Many seem to have decided only women can possess this trait, or at least show they possess it.

The allocation of traits to a specific gender leads some men to express behaviours we now label as ‘toxic masculinity’. When these men feel as though their masculinity or the masculinity of men as a collective is threatened, they may lash out at perceived threats. Gay men are often viewed as one of these ‘threats’ because they’re stereotyped as feminine - hence why women are perceived as another ‘threat’.

We’ve all witnessed acts of toxic masculinity, whether that’s fathers telling their sons to ‘man up’, men mocking other men with stereotypically ‘feminine’ traits or boys telling crude, sexist ‘jokes’ with their mates. Toxic masculinity is everywhere and it’s time we start calling men out for their behaviour, no matter how small it seems.

The phenomenon of toxic femininity isn’t discussed nearly as much, but the same patriarchal values that cause men to bottle up their emotions and reject ‘feminine’ traits, corrupt women’s view of their own worth and lead them to believe they must act and dress to be sexually attractive. Some women internalise these patriarchal values and feel as though they must prove their femininity in order to feel validated. This can also result in women belittling other women for the attention of men, which plays into the ‘male gaze’ (a sexualised way of viewing women that objectifies them in order to empower men).

Both toxic masculinity and toxic femininity are products of a patriarchal society that tells men they must appear strong and invincible while telling women it's their job to appeal to and accept these emotionless men.

Society sets people up to compete against each other, but these traditional ‘toxic’ ideas of masculinity and femininity are outdated: in our ever-changing world, everyone should be able to have the freedom to express themselves without the constraints of gendered expectations.