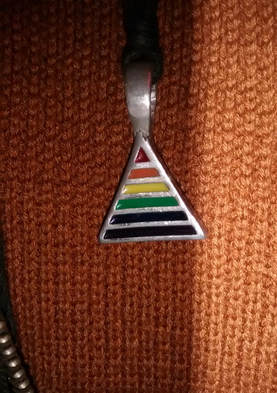 Photo by Cal Carvey
The sky is falling and it’s all our fault.

Well, that’s how it may feel to someone reading this. It could be seen as a hysterical overreaction, but if you are a young person who has no-one to turn to with added stress about how people perceive you, worrying about your sexuality is just the cherry on top. When people hear the same queer person drone on and on about their rights, it can get a bit boring. I understand that. But, once again, LGBTQ+ awareness comes around. The calendar runs like clockwork: good ole’ February.

This time, though, I’m going to shake things up a bit. Young people, in our school and in our Heathfield community, report experiencing homophobic and biphobic bullying even when they do not identify as LGBTQ+. I’m sure you’ve all heard it: “urgh, you’re so gay”. It’s common, but that doesn’t mean it’s right. We all know that, though, don’t we?

It’s a strong belief of mine that every person deserves to fulfil their potential and achieve their best at school and in every aspect of their life, no matter what. Mutual respect and individual liberty are fundamental British values - you know, those things we learn about in form time. Every person is different, but all people are equal.

People who are part of the LGBTQ+ community are not privileged or better than others. Most likely it’s because others believe it is that singular part of their identity that is all that matters, they must represent themselves as that one minuscule thing to gain respect. Every person has many parts to their identity; being LGBT is just one of many layers. You may find it strange how we seem to come in flocks, usually together, and friends. It’s not our ‘Gay-dars’ that bring us together. It’s the knowledge that we’ve all probably been through the same things and have the same insecurities when it come to being accepted for more than our sexualities or genders.

It’s similar to how girls usually all go to the toilets together. Maybe this is because where else can they gossip or borrow someone’s makeup cause it blends better than their own? Or maybe it’s that basic instinct of survival. I can hear it: “Woah, bit far-fetched! Why would they need to stick together for survival?” Use your imagination. I’m not saying that men aren’t vulnerable; I think we are all human, and therefore we all need protecting to a certain extent.

But this isn’t about that. This is about equality. It’s about every person having the right to be who they are – as long as you are comfortable in your own skin. And Heathfield, along with other schools, are taking part in earning the rainbow badge to achieve that. More and more supporters come to Brighton Pride every year. We are making progress. But more progress still needs to be made. Every year I hear, “Why isn’t there a straight pride?” I should be hearing, “Why can’t everyone be regarded as equal?” Even when the 12 countries that have death penalties for being LGBTQ+ reach acceptance, there will still be an awareness month every February to remember and reflect.

So, this February, hold in the back of your mind why this month is important. While procrastinating instead of doing homework, just do a quick google of LGBTQ+ history. Correct that person on the bus on why 'gay' is the wrong word to use when someone is being ridiculous. This month be proud of the wonderful community around you.
​
The sky is not falling. It’s broken, and we are pushing through it to build something greater.