Sherlock: a reinvention of the past 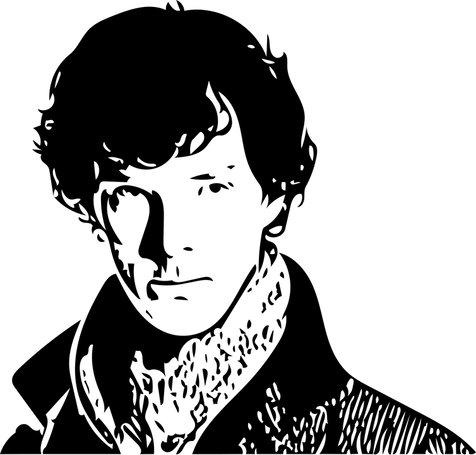 As the evenings draw in, Emma Dear suggests it might be time to snuggle up with the highly acclaimed BBC box set of Sherlock...

Set in modern London, where there have been seemingly unrelated suicides that have baffled the police, Sherlock Holmes (played by Benedict Cumberbatch) finds his assistance is needed, along with his trusty sidekick Dr. Watson (Martin Freeman). Sherlock Holmes will have to figure out the mystery in his elusive and arrogant manner, with Dr. Watson's steely determination and voice of reason by his side.

Freeman and Cumberbatch portray the dynamic duo brilliantly, with Cumberbatch giving an engaging performance as Sherlock, with his knowledgeable and intellectual brain, and Freeman also excelling in playing the melancholy (and possibly traumatised) Watson. Their chemistry on screen is marvellous to watch and will leave viewers with a sense of relief that the famous partnership has not been ruined.

As the adaption is set in modern London, of course the methods Sherlock uses to communicate are up to date too. When he's not solving mysteries, he's on his website or texting Watson, and Dr. Watson records his adventures with Sherlock on a blog. It's a fresh take that surprisingly makes the already magnificent series substantially better.

However, although the series puts so much effort into making the stories and characters more modern, we don't get to see a modern setting of London besides Baker Street. It seems slightly disappointing that such an opportunity was wasted but it doesn't hinder the action too much.

Sherlock Holmes as a character is so well thought out and developed that you'll find yourself paying more attention to life in general and trying to think just like him. Cumberbatch plays him so realistically that we believe we can be just like Holmes.

Adults and mature teens will like watching these dramatic mysteries unfold but younger viewers may find the deaths upsetting or might not even understand the plot. The episode rightly has a 12 rating due to moderate violence and many references to suicide. Despite all this, “Sherlock” is a masterpiece and won't be forgotten any time soon.

The first episode of “Sherlock” was released 25th July 2010 and the full box set is available to watch on Netflix.