Over one hundred years has passed and exceptional progress has been made. With the discovery of habitable planets, human kind has won the right to enjoy themselves day and night, with no need to work or even get out of bed if they do not wish. Yet none can be truly happy on the disintergrating rock that Earth has become. Who, though, is worthy of leaving? That can only be decided by the test. ​​
​ 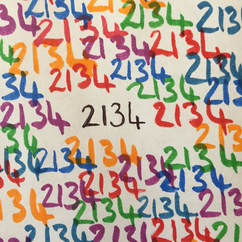 I don’t know what I expected to be waiting on the other side of the double doors: champagne perhaps, an orchestra playing music to further dramatize what we, as the Gifted, were about to experience. But there was nothing – no hint of celebration to welcome us. On the contrary, there was a suffocating silence as we were lead, single file, down the spotless corridor. White surrounded me. The white of the walls and tiled floor was blinding and white noise flooded my ears. I experienced the bizarre sensation of having all of my senses cleansed at once. I must be going to paradise, I thought, to experience such a cleaning beforehand.
We were lead through an oval door, into a room bordered with white sofas and no windows. The area was brightly lit by four spherical lights that were equally spaced around the circular room, each casting ample light on their assigned areas like a full moon in an open desert. There were sighs of wonder and a mousy-haired boy even let out a short giggle. The room was simply beautiful. The soft light flooded the unmarked room, cleaner than anything we had ever seen before. Somehow, the cleanliness promised safety. No one here would die of infection. No one would go hungry. Everyone would live long and happy lives. Just like promised.

“If you could please take your seats,” a mechanical voice said from every side. Like programmed robots, we did as ordered. “Raise your arms,” the androgynous voice said again. As I did, a belt looped itself around my waist and shoulders, pinning me tight to the plush sofa. There was no backing out now, I thought, as if that had ever been a viable option for anyone in this room.

“I wonder whether we’re going to Alex or Alexis,” asked a small voice from my left. I turned to find Roman gazing with awe at the mechanical belt fixing his leg to the seat. It was made up of tightly coiled rubber, like a spring without any weight to pull apart the tiny rings.

“Does it matter?” snarled the redhead from opposite us, the corner of her scarlet lips lifting to reveal a set of pristine and pointed teeth. Her eyes, though conventionally attractive and an earthy shade of green, were just slightly too wide to be human. No, she reminded me of a snake – I couldn’t see a pair of eyelids. “We’re going away from that filthy place to somewhere new – somewhere we can be something more than… that.” Her predatory eyes flickered my way and I winked. I wasn’t going to let anyone tell me I wasn’t good enough, however much I believed it to be the truth. I was here, wasn’t I? She looked away, but a rough cough of surprise sputtered from her.

I turned back to Roman, a sideways smirk plastered onto my face. “My bet is on Alexis,” I told him in an effort to make conversation. “I’m Julian.” Holding out my hand, I lowered my gaze to meet his, but he was still observing the belt with unwavering interest.

“I know,” he replied. “I’ve seen you around.” His voice was lower than I had anticipated upon seeing him, but it possessed a feminine melody that carried the words like birdsong through a summer breeze and suited him perfectly.

I cleared my throat. “Right, uh, yeah. And you’re Roman, with the… violin?” I ask, careful to stretch my words as if I was unsure.

“Not one for conversation?” I teased, playfully.

“Oh, sorry,” Roman replied, a rush of colour suddenly flooding his cheeks and earlobes. “I’ve just never seen such – such beautiful machinery before,” he said and, for the first time, his gaze lifted from the belt around his waist and his gaze met mine.

His gaze, however, wasn’t long lasting. Almost immediately, it was torn away and cast, instead, to a projection that had appeared on the wall before the thirty-six of us. A silhouette the width of three men stood side by side stared out at us. I could just make out the dips that marked eyes and mouth when a voice began.

“Welcome, Gifted, to the next stage of your life. We have some news, however. You will not be immediately travelling to Alex and Alexis –“ there was a gasp from over half of us – myself included “- In fact, neither planet exists.”

“What?!” cried the red-haired girl, echoing my own thoughts.

“You have been tasked with another vital challenge. You must work to keep those on earth happy. The Right to Hedonism is by no means an easy one to maintain. Where do you think a country without workers gets its food, its clothing, its materials for survival? They don’t just appear.” I could hear the laughter behind the silhouette’s voice and my muscles began to burn with anger. “Now, Gifted, it is down to you to provide Earth with what it needs to survive.”

“No. I refuse,” the redheaded girl continued, though no one listened.

“We have chosen you for your gifts or your radical minds. We have taken you from a society to which you were a danger.”

Radical minds. My essay. No one insulted society – no one argued with the Right to Hedonism. To do so would mean punishment; we had been told that all of our lives.

Now, I have discovered the consequence to such a mistake.