Anonymity online: what's in a name? 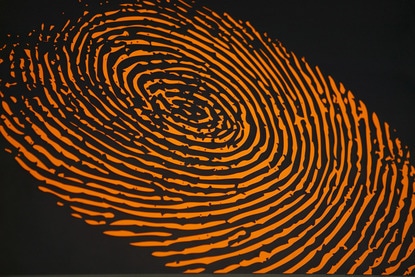 So what does ‘obscuring identity’ actually mean? Well, the concept is fairly self-explanatory; obscuring your identity is the same as altering your identity, so an example of identity obscuration online would be stating your name on Facebook as Raven, the Embodiment of Hellfire and Eternal Darkness, rather than your birth name.

Some people argue that anonymity should continue to be practised on the Internet almost religiously, as ultimately, the whole premise and idea of the internet is arguably based upon anonymity and the ability to recreate yourself. Even on the earliest widely used platforms on the Internet, like AOL Instant Messenger in the 90s and MSN in the last decade, anonymity and the ability to obscure identity with usernames has been a defining feature, so the ability is deep-rooted in the history of the world wide web. Therefore, perhaps for traditionalism’s sake, anonymity should continue to be a common feature of almost every forum and site still used today.

As well as this, anonymity on the Internet has allowed for the blossoming of raw creativity - unfiltered thought and debate from all over the world. Without the weight of identity, the risk of humiliation and embarrassment from expressing opinion ceases and a feeling of freedom takes over, allowing for people to freely express themselves without nervously anticipating the horror of recognition from friends or family online or stalking from fellow users. There is arguably more freedom of expression from the youth of this generation than any other, with new art forms born and more dated forms revolutionized, and I believe this is from the capabilities of the Internet and anonymity.

Perhaps the most important benefit of anonymity on the internet, however, is safety. Tragically, in 2009, 20-year-old British student and gamer Matthew Pyke was brutally stabbed to death by fellow gamer, German office worker David Heiss. With Matthew’s personal details like his address, friends and family public and available, Heiss became obsessed with his girlfriend, Joanna Witton. With Pyke’s address available to him, Heiss travelled all the way to his Nottingham flat, forced his way in and stabbed him 86 times in an attempt to gain ‘custody’ of Miss Witton. In his last moments, he wrote the first three letters of Heiss’s name DAV, to point police to the identity of the murderer. This devastating event helped to raise some awareness regarding sharing personal details online.

Despite this, there are strong arguments against anonymity online. With the ability to recreate yourself online by obscuring your identity, it is possible to go too far. One aspect of this would simply be becoming lost in the fantasy life one has created for themselves and losing touch with real life. Internet and video game addiction is now classified as a mental illness, and one of the mainly recognised reasons for addiction is the freedom to reinvent yourself as totally different to your physical self.

Another aspect of this is becoming over-confident with the anonymous nature and freedom of the Internet, and committing online hate crimes while thinking that anonymity on the Internet will shield you from all backlash and punishment. People with nefarious intentions online will most likely take the anonymous route to spread their opinion or abuse, and many face little to no repercussions for this whatsoever, which further encourages the swelling entourage of hate on the Internet. If found out, however, some severe cases of hate crime and hate speech are punished with up to 2 years in prison. With the removal of any anonymity on the Internet and the compulsion of showing identity, hate crime could theoretically be dramatically reduced.

It's a tough issue. I believe that in some places on the Internet, anonymity can be harmless and actually beneficial, like on art-sharing sites where people are free to create art and discuss relevant topics. On social media sites like Twitter, however, I don’t believe that full anonymity should be allowed, as cyberbullying trolling and hate speech is often spurred on from the freedom to be anonymous and say anything without backlash from friends and family.

But of course, everything online is ultimately traceable. Your digital footprint is never invisible. Anonymity is a double-edged sword.

Create your own unique website with customizable templates.
Photo used under Creative Commons from tnssofres
UA-121891675-1