Reflections on a Grand career... 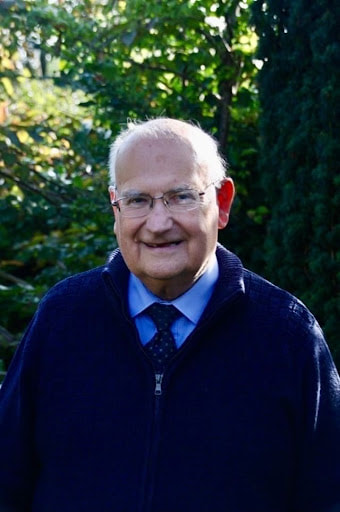 What is it like to work in one of the country’s most prestigious hotels? Bethany Hutchison interviews a former employee at The Grand Hotel to find out more.

Sitting opposite Tony Rodgers, my grandad, I make myself comfortable on his cream coloured sofa. He is sitting on his armchair at the end of the room. The warm orange curtains are a backdrop to the scene before me. Aged eighty-one, my grandad has seen and experienced major historical events, including living through World War II, but I wanted to interview him about something that is more personal to him: his employment at The Grand Hotel in Eastbourne.

My first question is when Tony started working for The Grand. “Well, I started working there in 1995. So, I was fifty-five years old.” Tony’s employment at The Grand spanned over the space of twelve years. His role there was “Hotel Concierge. Which is the French way of saying ‘front of house helper’.” This meant that he was heavily involved with dealing with the numerous guests during their stay - “Principally their luggage - but also anything that they’d like to ask about the town and the area and if they wanted things like newspapers bought up to them.” He also occasionally helped the doorman:  “Sometimes the doorman got involved with a guest, so he was off duty for fifteen to twenty minutes and we would have to go out and substitute him.”

Tony had to greet the guests to The Grand and inform them where they could check in. I’ve always thought that Tony helped to deliver food to the guests’ rooms however, this was not the case. “If they wanted food then I’d take the order and hand it into the kitchen and then the waitress from the hotel bar area would take it up.” My grandad loved his role mainly due to the fact that he’s “A people person. I’m not into computers or anything like that, but I do get on with people - all sorts of people.”

His uniform at The Grand Hotel consisted of: "A gentleman’s suit, jacket, waistcoat and matching jacket. The jacket featured a braided detail down the sides on top of a navy blue material and the braid was a silver colour.”

During work, Tony wasn’t allowed into the kitchen or into the main dining area during his break. “We had a staff canteen. It was quite interesting down there because The Grand Hotel had people working from nearly all the European countries, so it was interesting talking to people when you were sitting down and having your lunch.”

My grandad was particularly fond of his German colleagues due to their dedication to their employment. The canteen offered very basic dishes -  “The one that we all hated was what I called ‘cardboard fish’. The fish was so thin that it was nearly all skin, very little fish at all.” Obviously, this meal was only for the staff and never would have been served to the guests! However, on the chance that there was a conference and there was a lot of food remaining afterwards it used to come downstairs to the staff restaurant. “Brilliant!” My grandad exclaims upon telling this part of the story “lovely sandwiches.”

Working in such a prestigious place meant that Tony came across many famous people; particularly during the pre-Wimbledon Women’s Tennis tournament which was held in Eastbourne at the time. “We had all the tennis players staying at The Grand Hotel. I can remember speaking to Martina Navratilova.” He also met many politicians, when they had major meetings, and even musicians such as Paul McCartney. A story told by my grandad which I will always remember is when Barbara Windsor came to stay at The Grand. “I took all of her luggage up which she had brought, all in bags.”  Then she sat down in her room and announced “I want a gin and tonic, you come and join me.” To which Tony replied, “Miss Windsor I can’t do that, not when I’m on duty.”

One particular part of my grandad’s role which he did not enjoy was cleaning the brass luggage trolleys in order to remove fingerprints. He had to take the trolley away from front of house and move them into an unused back room. The trolleys needed to be spotless and were checked thoroughly by the hotel manager. Although the whole process only took an hour Tony states that it “wasn’t the job that [he] wanted.”

Of course, in order to maintain a hotel to such high standards it means that there are many roles to offer. I’ve always wondered if my grandad would have liked to have branched out and taken another role. “Well, I really enjoyed being a concierge," he said. "I suppose, I would have enjoyed being behind the counter… on reception.” But apart from that my grandad was very happy in his role. “I only left because firstly I was sixty-seven and feeling it a little on my legs. But also, there was a general recession and The Grand decided to get rid of all part time staff - of whom I was one. When I left they gave me a present. They also gave me a letter - which I still have now - which was very complimentary of what I had done.”

After all this time, Tony still loves going to The Grand for the occasional meal because he likes “the atmosphere and the opulence”. The Grand Hotel brings back many nostalgic memories for my grandad and I’m incredibly grateful that he has been able to share this element of his past with me. “I certainly did enjoy my twelve years there, very good!”