Making a life and home in East Sussex 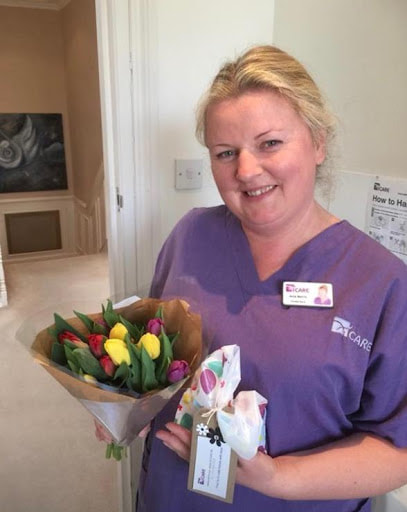 Adjusting to life in a new country is a unique experience that is not without its difficulties. Kayah Morris tells us more.

In 2001, my mum, Ania Morris, at the age of 29, made the tough decision to move from Poland to the UK in search of better life and more freedom. I thought it would be interesting to find out more about the experiences and challenges she has had to face moving to and living in a new country.

Firstly, I wanted to find out more about her life before moving. Ania studied for eight years in Poland, and she now has a degree in nursing and midwifery. She wanted to be a nurse because she “likes to help other people” and so she felt drawn to a career in nursing. She got a job as a midwife and helped to deliver babies and assist mothers through their pregnancies.

It was a difficult decision to leave her family behind; she told me she was really close to her parents and younger sister. Furthermore, her parents relied on her for help around the house as they were quite short on money. However, even though it was hard to leave her old life behind, she was excited to begin a new adventure - a new chapter in her life.

One of the biggest difficulties on arriving here was the most obvious - the language barrier. Ania explained that the best technique she used to learn English was to listen to the news and read newspapers. This way, she got used to the pronunciation and spellings of words - my dad also helped her if she was struggling. Ania met my dad, Darren, whilst working as a waiter in a pub that happened to be next to his house. He was very understanding about her struggle with a new language, and he would always help her to express what she was trying to communicate. At first, Ania found it quite difficult to find a job in nursing so she had to work as a waiter and a cleaner. This benefited her greatly as she was able to make lots of friends that supported her. Fortunately, she eventually managed to get a job in Conquest hospital where she ended up working for a year. Her job was different to what she used to do in Poland as she helped the elderly and sick people. Unfortunately, she didn’t enjoy doing this job very much as a lot of them struggled with her accent and she experienced some racism whilst working. She also found it “emotionally difficult” and “depressing knowing that they were at the end of their life”, compared to her job in Poland where she was helping to bring life into the world.

Currently, Ania works in a fertility clinic working with couples to “achieve their dreams of becoming a mum and dad”. She really enjoys her current job, and it is very rewarding, especially when you are successful and help a couple to become pregnant. Even though there are some sad aspects of her work, she is enjoying it more than when she worked at the hospital. The pandemic has made her work difficult.  “It was hard because patients couldn’t bring their partners with them,” she explained, so giving bad news was especially difficult. She also works as a nurse, helping to administer COVID-19 vaccines at schools and centres, which has been a whole new experience for her.

As to whether she still misses Poland? “Not as much as I used to.” This surprised me as even though her sister now also lives in the UK, her parents still live in Poland. She went on to tell me that the reason why she wouldn’t move back is because of how intolerant Poland is as a country. Some of the laws are very outdated and unacceptable in today’s society. For example, its laws surrounding LGBTQ+ rights are very poor compared to other European countries and abortion has yet to be legalised. Therefore, even though she misses her mum and dad, she doesn’t think she would ever return.

My mums’ journey has inspired me - her clear message is to aim high and trust in your abilities.