Is following the trends really that trendy? 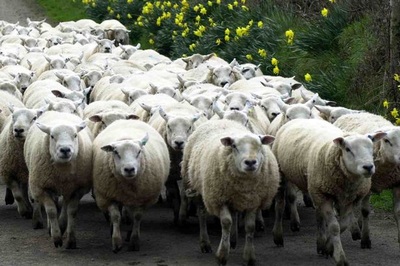 As the weather dips into a ripening Autumnal stage, it is clear to see a change in clothing from ‘promiscuous and colourful’ to ‘I don’t care as long as it’s knitted’, but are trends taking a turn for the worse? I walked into my local high street just the other day, behind a group of people looking not dissimilar to my own age, and if I’d looked away and they’d all switched places I can honestly say I probably wouldn’t have noticed. So this got me thinking – in this day and age, are people afraid of walking away from social conformities? Is there some sort of unwritten rule that, as a generation, we’re not allowed to be seen in clothing that could class us as ‘different’? I am stereotyping extensively; this thought only arose from one group of people I just happened to see when eyeing up the ‘3 for £1’ sweets area in Sainsbury’s. But looking around in any local area, there is a sense of, if not the same, a similarity in clothing.

I think this all derives from one simple question: “where did you get that from?” There. This is the stepping stone in which one individual turns into a clan of equivalents.  Maybe the answer to this social issue is ignorance. Keep your favourite brands a secret! Or are we all too proud? If you’ve spent over £50 on a pair of Vans, some may feel the need to publicise the brand in order to highlight the fact that they are not the Primark equivalent for 1/10 of the price. Or could we not just buy the cheaper option and save the confusion? As ever, it would seem that the brand label on the clothing has become more fashionable than the clothing itself.

So what was it that initiated this fashion-following epidemic? Maybe, as a society, we feel the need to imitate as we’re too lazy to come up with our own ideas. Or maybe your friend has put a picture up on Instagram of her new jeans from H&M and you just really liked them. The social network seems to have something to do with it. It seems as some sort of self-esteem boost we like to subtly boast about shopping trips with ‘the girls’ and the little we’ve bought for the money taken with us. Everyone seems to think that social networking is the easiest way to steal someone’s idea without them knowing. And this is why we all suddenly look the same. Everyone steals the same ideas.

What should be taken away from this, if anything, is copying isn’t ‘being inspired’. Go to a charity shop and buy cheap clothes that no one else owns, and try and break these social conventions, because as a late James F Cooper once said:

“All greatness of character is dependent on individuality. The man who has no other existence than that which he partakes in common with all around him, will never have any other than an existence of mediocrity.”