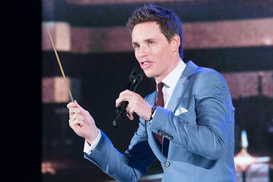 Fantastic Beasts: The Crimes of Grindelwald is already causing some controversy. It’s been labelled as a ‘Marmite film’ - you’ll either love it or hate it. From some odd scenes to changes in character, it’s certainly a wonderful (or awful) sight to behold.

There are many strong female characters in the Harry Potter series, such as Hermione Granger and Ginny Weasley. The Fantastic Beasts films are no stranger to them, and in the first film Tina and Queenie help Newt and, eventually, save the world.

However, these two characters have certainly changed in the sequel. Tina is more heroic than ever, assisting Newt to fight for the defeat in Grindelwald, but Queenie is different in a different way.

In the second film, everything Queenie does seems out of place. She suddenly seems weak and shallow and willing to do anything for anyone who promises her a world in which she can marry Jacob, her fiancé. It’s sad that Queenie seems so gullible to obvious lies, and is so different to the strong character we saw in the first film. What’s even more puzzling is that, given she is a legilimens, Queenie should be able to read minds. Then why does she so easily believe anything anyone says? Perhaps this will be revealed in the next film.

Young Dumbledore, played by Jude Law, is just as nice as the original Dumbledore, whom we came to love in the Harry Potter series. We get to hear more about the loss of Ariana Dumbledore and how he coped with it. We’re also given an insight into his relationship with Grindelwald; it is suggested that Dumbledore is gay.

J.K. Rowling revealed Dumbledore was gay in 2007, but David Yates, director of Fantastic Beasts: Crimes of Grindelwald, stated that his sexuality would not be ‘explicitly’ mentioned (though he has said it will be clearer in the next film in the series). Many fans were expecting more than this from the film - particularly on a subject that was so lacking in the original Harry Potter books and films.

Whichever side of the Marmite debate you’re on, Fantastic Beasts is certainly a film you don’t want to miss.